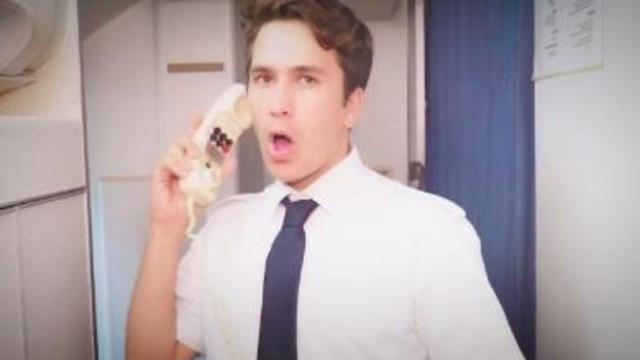 Inspired by the original music video and an Air Asia X flight attendant's solo performance, El Al celebrates the pop diva's upcoming trip to Israel with their own homage.

Next week, Britney Spears will board an El Al flight from Hong Kong on her way to her first-ever show in Israel. In preparation for the historic occasion, some El Al employees decided to record their version of her 2003 hit music video, "Toxic."

In the original music video, Spears appeared as a flight attendant. In the years since then, many an homage have been made to the clip, including one by Air Asia X flight attendant Assraf Nasir, who impressed the world with his dancing in a clip released three months ago.

Barak Krips, the El Al employee who plays the flight attendant at the beginning of the video, told Ynet: "It was very exciting and a lot of fun. I was particularly excited to hear that El Al would fly Britney (to Israel). I personally am a Britney fan, and I've already managed to be at two of her shows."

He added that they had managed to put the clip together within just a few hours.