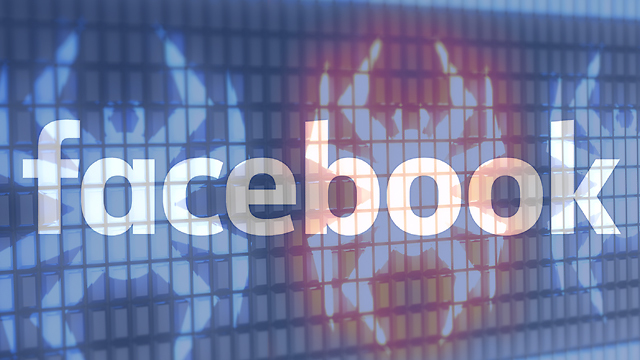 Three-year lawsuit between popular Israeli Facebook page and social media giant ends with order that latter pay legal costs and relaunch page, despite admissions of breaching terms; Judge: 'This was not a fundamental breach.’

"Statusim Metzayitzim" (Tweeting Statuses in Hebrew), one of the most popular Israeli pages on Facebook, was supposed to go back online Sunday, almost three years after it was taken offline by the social media giant, the Tel Aviv District Court ruled last week. In a significant decision last Sunday, Facebook, which unilaterally removed the page without warning, was also ordered to pay the two owners of the page NIS 225,000 to cover their legal fees. Facebook took the page offline in January 2015, claiming it published sponsored content in violation of its terms of service. The page's two owners—Avi Lan and Adi Bentov—sued Facebook in response, with their lawyer Guy Ophir arguing the page was "an inseparable part of their identity."

Facebook (Photo: Guy Levi)
"Facebook did not bother to warn them that they were allegedly violating the terms of use, did not bother seeking clarifications from them regarding this issue, and did not have direct dialogue with the plaintiffs," according to a statement in the lawsuit. In its defense, Facebook claimed that "the terms of management of pages, which are part of the terms of use, forbid page managers from including in the pages or promoting using the pages third-party products, brands or sponsors without the explicit permission of Facebook." Facebook went on to say that "The plaintiffs admitted in their suit that they charged, over the period of five years, significant payments to different elements for publishing content on the page. The plaintiffs also admit to violating Facebook's terms of use, which forbid inclusion of advertising on the social media without advanced authorization."

While Judge Rahamim Cohen determined that “there cannot be a real disagreement over the fact that the plaintiffs violated the terms of use,” he also cast doubt on whether the violation constituted such a serious breach that justified the page’s closure.

“The question is whether this is a fundamental breach or not. In light of all that has been said and in accordance with the events under discussion, it cannot be determined that this is ‘a fundamental breach’ of the contract between the sides,” Judge Rahamim Cohen said.

'I hav returned,' reads the page after the lawsuit (Photo: Screenshot)

He also stressed that the removal of the page “seriously harmed the plaintiff, whose lives’ work has gone down the drain whereas for Facebook, the damage can be financially compensated.”

Regarding the removal of the page, the judge wrote: “It is not a reasonable stance that all the conditions, without exception, are fundamental and therefore the contract can be immediately nullified due to every breach.

“Wide use of power granted by Section 14 to Facebook, which allows it to unilaterally close pages without prior warning, will also prevent a genuine and thorough clarification of the breach of the contract as has been claimed, which requires communications between Facebook and its users, before the closure of the pages.”

In response to the ruling, Facebook wrote to the Supreme Court informing it of its intention to appeal the verdict and asked that it be delayed until the appeal is discussed.