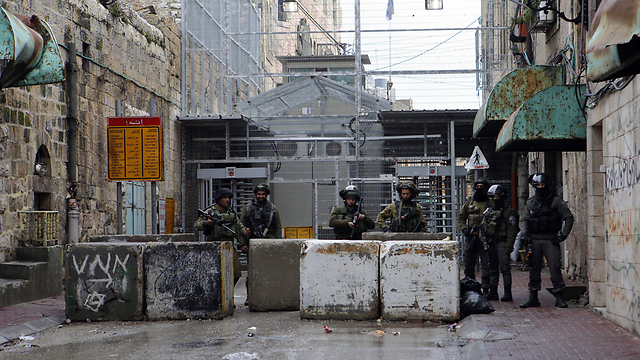 Op-ed: We can keep talking about Palestinian rejectionism, anti-Semitic propaganda and support for terror, but the images produced by 16-year-old Ahed Tamimi and 11-year-old Janna Jihad—and the images dispatched to the world from Hebron’s Shuhada Street—are much stronger.

Israel has a lot of excellent arguments on the Palestinian issue. They could have had a state. They refused, and not just in 1937 and 1947. They turned down proposals put forward by former Prime Minister Ehud Barak and Ehud Olmert and by former US President Bill Clinton. They wanted more than a state. They insisted on the “right of return.”

Israel’s excellent claims are useless, however, when the Palestinians are right. And sometimes, admittedly, they are right.

Let’s put settlements aside for a moment. Even in the event of a peace agreement, if and when we reach one, the settlement blocs won’t be evacuated. But Israel has insisted on exceeding the blocs through outposts or settling within a Palestinian population.

IDF roadblock on Shuhada Street. With all due respect to our deep and historical connection to Hebron, settling within the city is complete foolishness (Photo: EPA)

Two points of friction have been serving about 90 percent of Palestinian propaganda: Hebron and Nabi Salih. Hebron, the city of the patriarchs, is much more central to the Jewish people’s history than Netanya or Ashdod. It’s the place where Jewish settlement hardly ever stopped, not even during 2,000 years of exile. But with all due respect to our deep and historical connection to Hebron, settling within the city is complete foolishness.

The same applies to Neve Tzuf, a settlement established near two Palestinian villages, Deir Nidham and Nabi Salih. The latter is the place of residence of the Tamimi family, which has produced both terrorists and anti-Semitic propaganda. If that were the entire story, we would have been able deal with it. But this village has also produced 16-year-old Ahed Tamimi and 11-year-old Janna Jihad.

We can keep talking about Palestinian rejectionism and anti-Semitic propaganda and support for terror rather than for reconciliation and peace. I have done it repeatedly. We should know the facts, but we should also know it won’t help. Because the images produced by these two girls, and the images dispatched to the world from Hebron’s Shuhada Street, are much stronger. Because these “spiteful” settlements create friction. The people who have come there, although not everyone, seek to increase the level of conflict. They will try to take over private lands and the nearby fountain, and they will do anything so that the images produced by the unstoppable clashes will serve the Palestinians.

What’s the difference, the outpost supporters might ask, between the Zionist settlement on one side of the Green Line and settling on the other side? After all, it’s the same act.

Well, it’s completely different. Zionism was a movement for rescuing persecuted Jews. They didn’t come here because they were eager to come to a land that was not sown. They came because they were forced to flee. Because in those years, when empires were collapsing and when nation states were being established, there was a massive migration of nations, transfers of many communities and population swaps.

But what used to be justified before there was a state becomes unjustified as soon as the Jews have a state of their own. And whoever says there is no difference between a settlement adjacent to Nabi Salih and Tel Aviv is saying exactly what the anti-Israel propaganda is saying. The ends are connected.

In our foolishness and helplessness, we have created a justification for the Palestinians. It isn’t clear that the entire settlement enterprise is unjustified, but it is clear that only a small part of that enterprise creates most of the problem. It’s the part in which even the greatest people who speak in favor of Israel—including the most important one, Prof. Alan Dershowitz—are at a loss for words. Because the Palestinians' work is being done by a minority among the settlers and outpost builders, and because there is no justification for land theft or for an appropriation of lands or for damaging orchards, or for the rest of the tricks carried out by a minority that wishes to drag us towards one big state, which will be neither Jewish nor democratic.

Janna Jihad and Ahed Tamimi are already defeating us on new media. They don’t have to be Anne Frank to do that, and all these comparisons are an insult to common sense and a disrespect of the Holocaust. They are defeating us because their struggle is specifically, and only specifically, justified. And only someone capable of admitting that sometimes, just sometimes, the Palestinians are right is capable of dealing with the Palestinians where they are wrong.