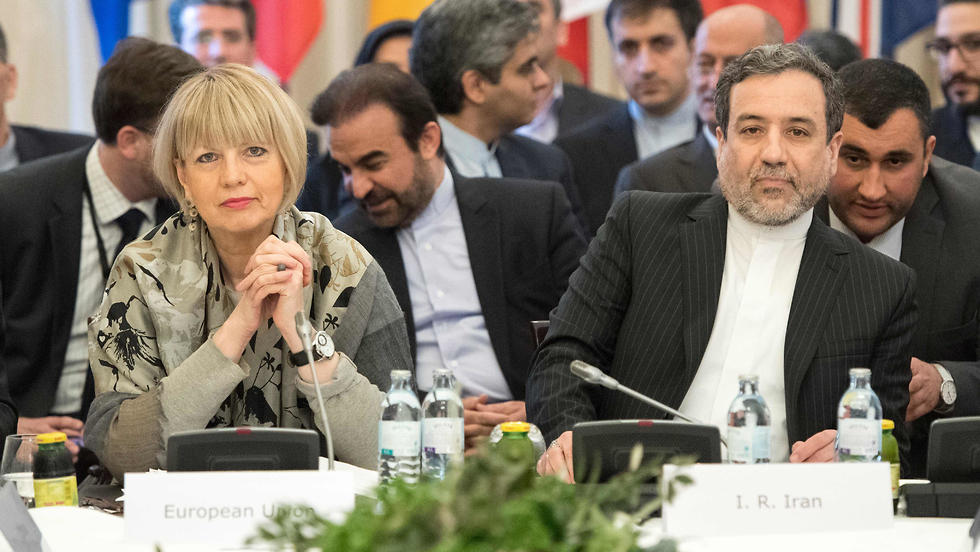 Tehran's deputy foreign minister warns non-nuclear European sanctions on the Islamic republic will be 'a big mistake, and they will see the direct result of that on the nuclear deal.'

Any new European sanctions against Iran will have a direct effect on the nuclear deal struck between world powers and Tehran, Iran's deputy foreign minister said Friday, according to state media.

"In case some European countries are following steps to put non-nuclear sanctions against Iran in order to please the American president, they will be making a big mistake and they will see the direct result of that on the nuclear deal," Abbas Araghchi said, according to state media.

"It's better that European countries continue their current action to persuade America to keep its promises in the nuclear deal and for that country to effectively execute the deal in all its parts with good will and in a productive atmosphere."

Secretary General of the European Union External Action Service (EEAS) Helga Schmid and Iran's deputy foreign minister Abbas Araghchi attend E3/EU+3 and Iran talks at Palais Coburg in Vienna, Austria (Photo: AFP)
Araghchi's comments were in reaction to a Reuters report that Britain, France and Germany have proposed fresh EU sanctions on Iran over its ballistic missiles and its role in Syria' war to try to persuade Washington to preserve the 2015 nuclear deal with Tehran. Iran agreed to curbs on its nuclear program in exchange for the lifting of a number of sanctions as part of the deal. Senior Iranian officials have repeatedly said their missile program is not up for negotiation. The proposal is part of an EU strategy to save the accord signed by world powers that curbs Tehran' ability to develop nuclear weapons, namely by showing US President Donald Trump that there are other ways to counter Iranian power abroad. Trump delivered an ultimatum to the European signatories on January 12. He said they must agree to "fix the terrible flaws of the Iran nuclear deal" - which was sealed under his predecessor Barack Obama - or he would refuse to extend US sanctions relief on Iran. US sanctions will resume unless Trump issues fresh "waivers" to suspend them on May 12. If America pulls out of the agreement then the nuclear deal will be finished, Araghchi said, according to a report published by the Mehr News agency on Saturday. "If America exits the deal and unilateral sanctions return, we will definitely not continue the deal because it will not serve our interests," Araghchi was quoted as saying.