Portrait of John Frederick I Elector of Saxony
Photo: AP 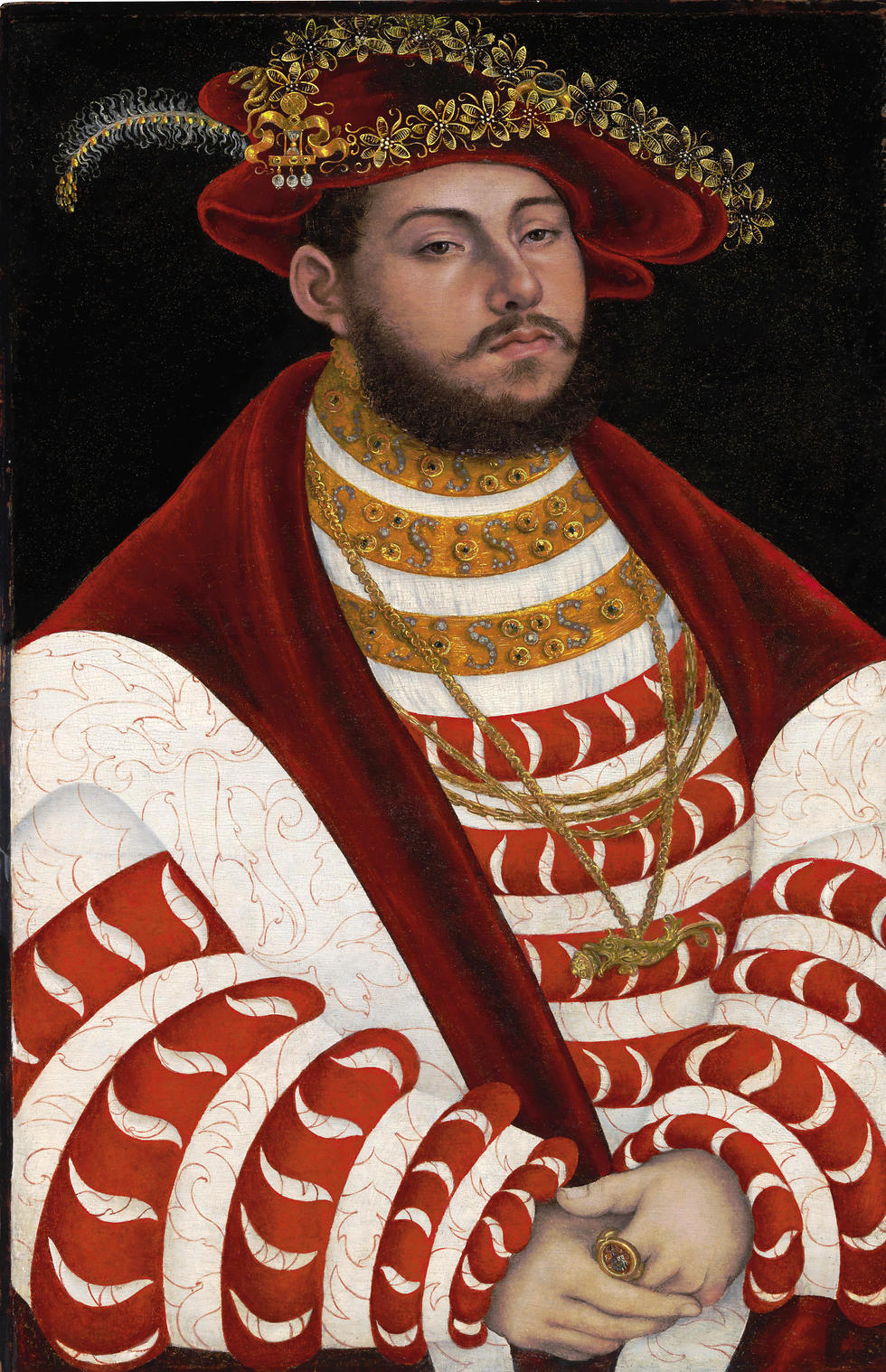 Nazi-looted portrait returned to heirs, will be auctioned

16th-century Renaissance portrait by the German artist Lucas Cranach the Elder, looted by the Nazis from its Jewish owner and recommend for Hitler's personal use, returned to heirs of Fritz Gutmann, who along with his wife, was murdered in the Holocaust.

NEW YORK — For nearly 80 years, the trail was stone cold for a missing 16th-century Renaissance portrait, looted by the Nazis from an estate in the Netherlands. But late last year, Christie's auction house was contacted about its potential whereabouts, and the prized painting was returned to the Los Angeles heir of its owners. It will go on sale next month in New York. The painting, a portrait by the German artist Lucas Cranach the Elder, had belonged to Fritz Gutmann, who owned a large collection on his estate in the Netherlands. Gutmann and his wife were killed in the Theresienstadt and Auschwitz death camps, and their collection looted by the Nazi high command.

Portrait of John Frederick I, Elector of Saxony (Photo: AP)
After the war, Gutmann's son and then grandson searched for the painting, one of the gems of the collection, for decades. The grandson, Simon Goodman (the family changed the spelling of the name), said the painting was listed on an inventory of works recommended for the personal use of Adolf Hitler. "That was the last mention I could trace," Goodman told The Associated Press. "The trail had gone completely cold." But late last year, people in possession of the work, whose identity Christie's is not making public, approached the auction house to see if it was indeed from the Gutmann collection. "They weren't sure what they had," Goodman said. Goodman, who lives in Los Angeles, said the approach to the auction house was spurred by his book, "The Orpheus Clock," in which he detailed his search for his family's looted artworks. "Go figure, someone picks up my book at the local library, and look what comes back," he said. "It's all rather serendipitous." He added that of all his family's missing artworks, this painting was one of those he least expected to find—and most wanted to. Goodman finally saw the painting—titled "Portrait of John Frederick I, Elector of Saxony"—a few weeks ago in New York, he says. "My wife took a picture of me hugging it like a long-lost family member," he said. "It's wonderful when you find something that has survived. I'm touching something that my grandfather loved." Goodman, 70, was born in London, a few years after his grandparents, who originally came from Germany but moved to the Netherlands, were killed. Through the artwork, he said, "I'm reconnecting with the family I never knew." He said about a third of his family's collection has been recovered so far, and he continues to search for many pieces—a fulltime pursuit. The painting will be auctioned April 19. Christie's has estimated the price at $1 million to $2 million.