Himmler with his daughter Gudrun in 1938
Photo: AP 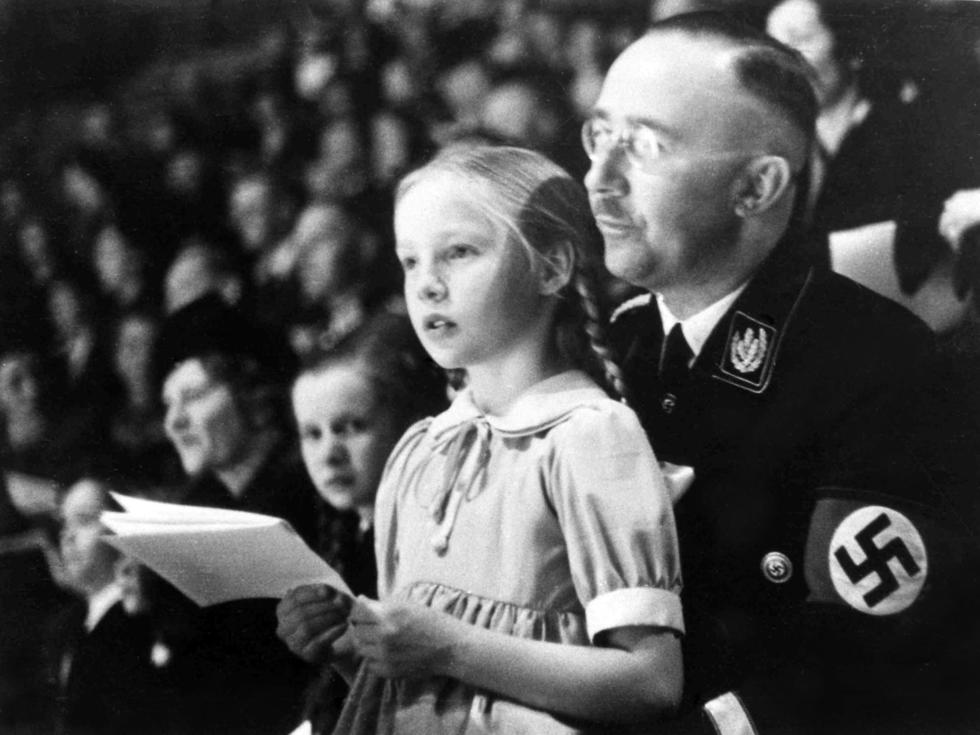 Although she never renounced her father SS commander Heinrich Himmler or Nazism, the BND spy agency employed Gudrun Burwitz as a secretary in the 1960s; agency says 'timing of her departure coincided with change in handling of employees who were involved with the Nazis.'

BERLIN - Germany's intelligence service acknowledged on Friday that it had employed the daughter of top Nazi Heinrich Himmler in the 1960s, although she never renounced her father or Nazism, and remained active in far-right extremism.

The revelation that Himmler's daughter Gudrun Burwitz had worked as a secretary for the BND spy agency—confirmed by the BND after it was reported by Bild newspaper—could add to public soul-searching over the tolerance of some Nazis after World War Two.

Himmler, who as commander of the SS was one of the most powerful Nazis and a principal architect of the murder of six million Jews in the Holocaust, killed himself in British custody in 1945. His daughter Burwitz died last month in Munich at the age of 88.

Nazi SS commander Heinrich Himmler with his daughter Gudrun in 1938 (Photo: AP)
"The BND confirms that Ms. Burwitz was a member of the BND for a few years until 1963 under an assumed name," Bodo Hechelhammer, the head of the BND's history department said. "The timing of her departure coincided with the onset of a change in the understanding and the handling of employees who were involved with the Nazis," Hechelhammer said.

Germany's intelligence services have come under criticism in recent years for failing to root out right-wing extremists in the post-war era. Critical historians say ex-Nazis and far right sympathizers working inside the security agencies of then-West Germany may have protected others.

Gudrun Burwitz
At the time Burwitz worked for the BND, it was led by Reinhard Gehlen, a former Nazi military intelligence commander who went on to run West Germany's spy agency until 1968. Hechelhammer said that because Burwitz was no longer alive, the BND was able to make an exception to its policy of not commenting on active or former employees. The disclosure was part of a process of critically reassessing its own history. The struggle to bring to justice people with Nazi-tainted pasts has been a perennial theme of Germany's post-war history, as has been the suggestion that supporters of the far right retained positions of influence and power in security agencies.

Burwitz with her parents (Photo: Bundesarchiv, Bild 146-1969-056-55 / CC-BY-SA 3.0)
The issue came to the fore in recent years in a trial of members of a far-right group called the National Socialist Underground, which killed eight Turks, a Greek and a German policewoman between 2000 and 2007. The trial, which started in 2013 and is considered one of the most significant in post-war Germany, uncovered lingering racist attitudes within the country's domestic spy agency, prompting reforms.