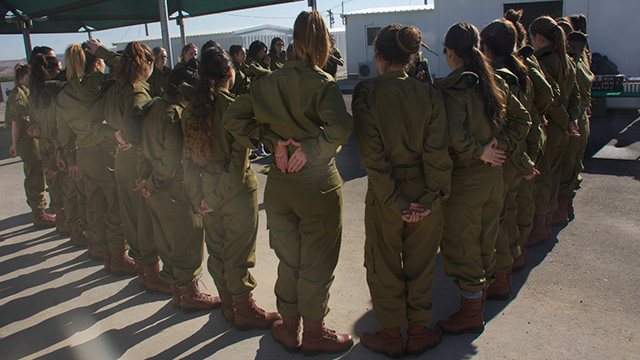 The rankings are comprised of three aspects: the rate of enlistment-age recruits (which makes up 50 percent of the overall ranking); the rate of soldiers who go on to become officers (25% of the overall ranking); while the remaining 25% was attributed to the type service—with more weight given to combatants and combat support male recruits and to female recruits who hold senior positions.

Among male recruits, Modi’in was closely followed by Givat Shmuel and Hod HaSharon. But it was the cities ranked further down the list that have undergone the biggest changes. For instance, Ariel, which was ranked 10 in 2015, jumped 30 places from the previous year year, while the southern city of Dimona went up 11 spots to enter the top 20.

Givatayim climbed nine spots to land at number eight on the list. The northern city of Kiryat Shmona also entered the top 20 after springing eight spots, and Ma'ale Adumim went up six places to take the seventh spot.

When it comes to female enlistment, Givatayim leads the pack with 87.4% of the city's able-bodied 18-year-old women enlisting, 90.8% of them occupying senior positions, and 10% of those recruited becoming officers. Hod Hasharon and Ness Ziona took the second and third spots respectively.

Eilat went up six places and is now ranked 18th, while Yavne entered the top 20 after jumping nine spots from the previous year.