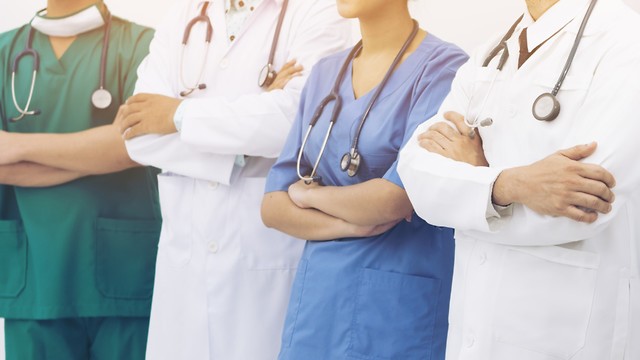 When the doctor is ill; Thoughts about Israel's health system

Opinion: Overworked, underpaid, susceptible to illness and under diagnosed; Israeli doctors themselves need a cure

Many doctors, having invested years in specializing and perfecting their skills, push themselves to the limit to recoup some of the financial costs they have incurred over time. These doctors work both in the public health system and the private sector, to which they devote the latter part of their days.

This stressful life-style impedes any attempts to rest and recuperate from one day to the next, with visible affect to their general and mental health. We just recently, learned of a number of unfortunate incidents involving doctors collapsing and even dying on the job. We also know of tragic cases of suicide among doctors at the height of their career.

An article published in the prestigious Lancet medical journal, described how doctors refrain from seeking help for their own medical and personal problems. This puts them in the same category as the homeless population, in that regard.

Most doctors are unable to perceive themselves as being ill, and are diagnosed and treated when their illness is in an advanced stage giving them less chances for recovery. Anxiety, depression, suicide and substance abuse are common.

Some doctors, specialists in heart catheterization for example, whose job requires they stand for long periods of time, wearing heavy lead-lined robes,in high-radiation environments, suffer from serious back problems and a high percentage of cancerous tumors.

The fact doctors also work in the private sector, to increase their income, means that when a doctor is sick and needs to take time off to heal, his pay, is derived from his basic public sector salary only and that is often as little as a third of his usual income. This results in doctors staying on the job when they should be on sick leave.

Doctors are not super-humans. When coming across one, in the crowded halls of public hospitals or institutions, it would be wise to remember how much pressure they are under and how prone they are, sometimes, even to lethal diseases.