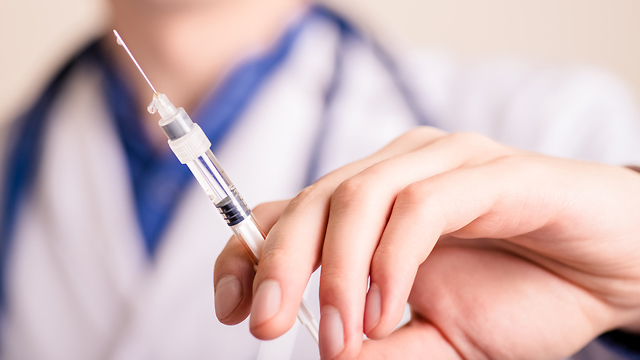 Childcare? Only if you can show you have had your measles shot

Kindergartens and Crèches to accept kids on condition they will not spread Measles; Israeli health ministry approves

Just like many other countries around the world, Israel has been dealing with an increased number of reported cases of measles. 4,000 just in the last year.

A local initiative of parents and physicians, all volunteers, came about to provide updated information about crèches and kindergartens that will accept only children that have been vaccinated against measles and have the documentation to prove it.

The number of child-care facilities wanting to be included on this list is growing. Volunteers help sort applications, check vaccination records and try to educated parents still hesitating whether or not their kids should be given the vaccine.

"It is our responsibility as parents to make sure we provide a safe environment for kids" says Dr. Meir Ezra Elia, a pediatrician and among the founding members of the initiative.

In Israel, most kids are given anti-measles vaccines in two dozes: once at age one and another at age six.

However a growing number of parents do not keep up the full inoculation regiment provided by health authorities, either because of their ideologies, ignorance, or even just because of neglect brought about by daily hardship.

As the disease spreads, solutions will have to be found including sanctioning parents who do not complete the prescribed regiment.

Travel is of course a major catalyst for the spread of measles around the world and holiday vacations are when most Israelis travel. Health authorities voiced concern that Israel's main international airport will be the gateway for many more measles cases. They also note the Eurovision song contest which will be held in Tel Aviv next month, will bring thousands of tourists from all over Europe.