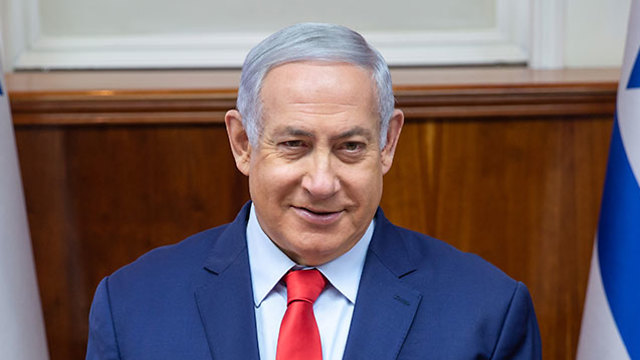 Netanyahu's faces a May 29th deadline to present his new government but with only 10 left, no coalition deals have been signed with any of the potential partners.

Sources in the ruling Likud party claim that the question of Prime Minister Benjamin Netanyahu's immunity from prosecution, though not officially part of the coalition negotiations, is delaying agreements with potential partners.

According to these sources, Netanyahu and his close allies are preoccupied with the efforts to ensure legislation of laws meant to protect the prime minister from prosecution in three corruption cases pending against him.

Likud activists spoke out against any legislative push, on social media while Gideon Saar and his former aid Michal Shir, both Members of Knesset and outspoken foes of Netanyahu, have gone on the record condemning these efforts.

Netanyahu himself, may now understand the political fallout he may face. Two statements made by his spokesman and by his chief negotiator, Minister Yariv Levin, denied reports that coalition partners will be asked to agree to legislation to protect Netanyahu as part of the coalition deals.

The coalition talks, however, have yet to result in a single signed agreement.

In an interview for Kan radio, Sunday former MK and son of iconic Likud leader Menachem Begin, Benny Begin, said Netanyahu was corrupt and was trying to escape judgement