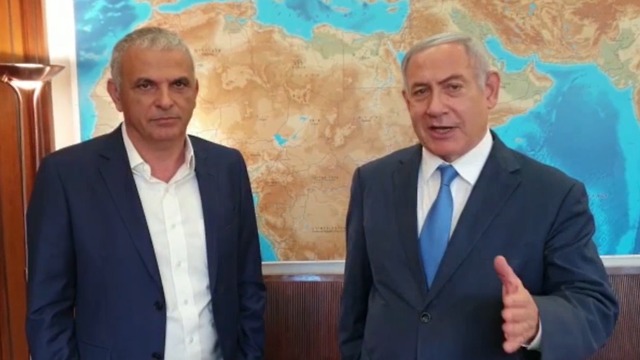 Analysis: According to Treasury report, Israel's 2019 budget deficit is heading to NIS 10 billion over the Knesset-approved target, and without steps correct it, the problem will only get worse - and fast

In February this year, the Treasury delivered to the government an update on the economy and budget that should have rung the alarm and spurred immediate steps for correcting course.

The budget deficit in 2019, according to the report, is racing towards NIS 50 billion, NIS 10 billion more than the target approved by the Knesset. If the budget law sets the deficit limit at 2.9% of GDP, Treasury economists warn of a deficit of 3.6% of GDP.

Next year, we could expect the budget problem to skid down a slippery slope. The "corrected" shortfall in 2020 is estimated at NIS 54 billion, instead of a deficit of NIS 36 billion set out by the government's explicit policy.

To return the budget to the desired path next year, contend senior Treasury officials, it will be necessary to cut expenditures and raise taxes by no less than NIS 17.4 billion.

Disregarding this assessment will backfire with a vengeance, but the government listened and didn't do a thing.

All these forecasts are based on a set of optimistic and outdated assumptions. It's already clear that the 2019 deficit is galloping toward 4% of GDP, and the 2020 deficit will gallop toward 4.5% of GDP.

The last time we saw such numbers was a decade ago, at the peak of the global financial crisis. Right now there is no crisis, and there is no panic in the markets.

The Knesset voting to disperse after Benjamin Netanyahu failed to form a coalition, May 29, 2019 (Photo: Yoav Dudkevitch) (צילום: יואב דודקביץ')

This chasm was carved out by the government with its own hands. This is an election economy, which is the equal responsibility of the prime minister and the minister of finance.

This situation leaves no choice but to act immediately. Even so, we should not ask the transition government to take hasty steps that may look easy to apply, but have potential to cause great social and economic damage.

We got to this point because of a wrong-headed political calculus, one which promotes short-term goals. First and foremost, it's necessary to divorce ourselves from this calculus. Even when the budget problem is deteriorating quickly, the government must not ignore some basic principles of proper economic and social policy.

One principle is avoiding indiscriminate "across-the-board" budget cuts. This is a wrongful step, not efficient and not justified. Especially during a period where we must carefully safeguard public investments in infrastructure.

The second principle deals with the defense budget, which is reaching the grotesque sum of NIS 75 billion, and billions in cuts are necessary. And finally, tax policy: increasing the tax burden is of course inevitable, but it can't be regressive (that is, steps that would disproportionately hurt lower income groups). Raising the VAT for example would be such a regressive move.

Fixing the budget will hurt. For the public to absorb the fix, a tightening of the political belt is necessary: limiting the number of ministries in the next government to 15, and zero approval of expensive demands to establish the coalition.

A government with 30 ministers simply will not have the moral right to ask citizens to accept difficult decisions.