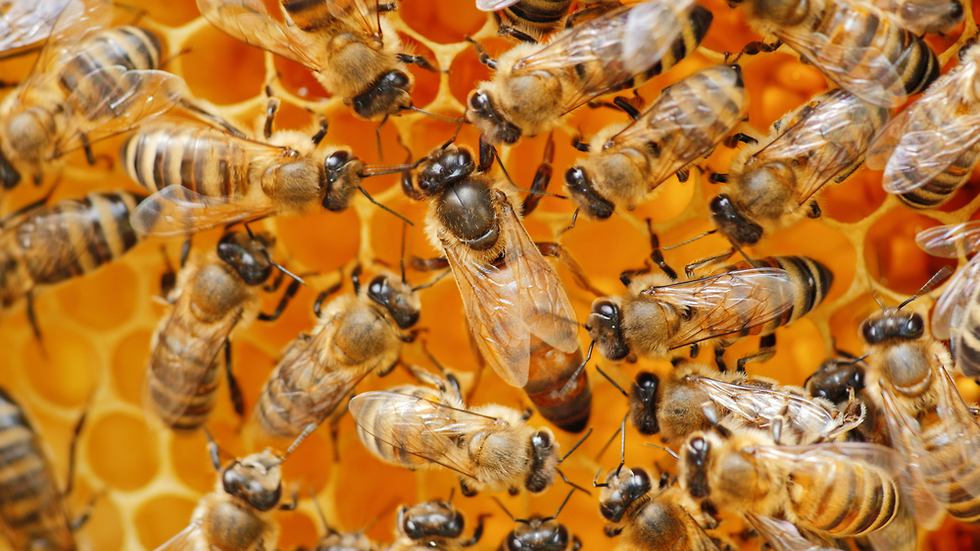 The family of 7, including 5 children, were each stung dozens of times after their vehicle ran into a swarm of enraged flying insects at a park in northern Israel; mother also suffered from injuries to upper body after a failed attempt to escape

An Israeli family travelling along a remote road in northern Israel found themselves under attack, but not the kind often reported in the local media. The travelers had been bombarded by a swarm of bees, stinging each family member dozens of times.

The family of seven, including two parents and seven children, were travelling along Hark Hadayag near Moshav Meron in northern Israel, when their vehicle accidentally hit a beehive.

Besides the countless bee stings, the mother also suffered from injuries to her upper body after attempting to escape the enraged flying insects and falling over.

The family members were taken to the Ziv Medical Center in Safed, with injuries varying from light to moderate.

The hospital said the victims had been stung mainly on their upper bodies, while some family members also suffered an allergic reaction to apitoxin, honey bee venom.

“Everyone was fully conscious … We took them to MDA ambulances and then transferred them to the hospital for further treatment.”