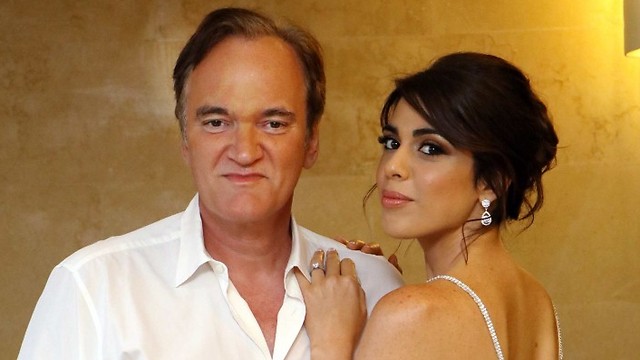 The acclaimed Hollywood producer and singer Daniella Pick announce pregnancy just 9 months after star-studded wedding; the couple met when Tarantino was in Israel to promote his 2009 movie Inglourious Basterds

The 56-year-old film icon Quentin Tarantino and his wife Daniella Pick, daughter of prominent Israeli musician and composer Svika Pick, have announced they are expecting their first child together.

The two have been appearing on red carpets all over the world in recent months, as part of a promotion campaign for Tarantino's new film Once Upon a Time in… Hollywood.

The duo also made an appearance at the Cannes Film Festival back in May this year and Tarantino was full of praise for his wife.

"I was waiting for the perfect girl," said the Pulp Fiction director. "The marriage to Daniella made me look at life from a new angle."

The couple first met in 2009, when Tarantino was in Israel to promote his 2009 hit-film Inglourious Basterds, which told the story of a group of Jewish soldiers killing Nazis during WWII.

Tarantino and Pick got engaged in July 2017 and tied the knot in November 2018 in an intimate ceremony at their Beverly Hills home.

The star packed wedding was attended by many of the Oscar-winner's frequent collaborators, including Uma Thurman, Samuel L. Jackson and Bruce Willis.