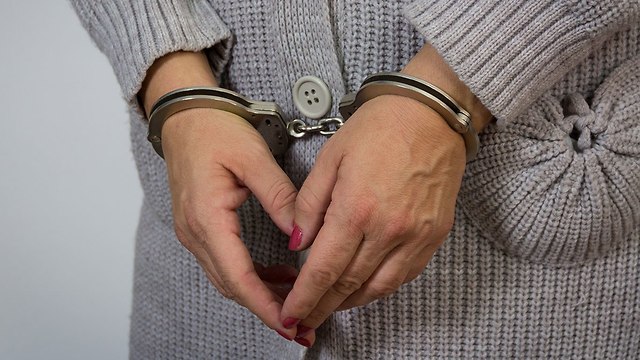 Mother charged with attempted murder for dangling child outside window

'Say goodbye to your son,' foreign citizen allegedly tells her husband while holding a knife to the child's throat and threatening to throw herself out the window with him, after the husband threatened to call on police to deport her to Eastern European country of origin

The State Prosecutor's Office in the Central District filed an indictment Monday against an unnamed foreign citizen for attempted murder, after the woman dangled her four-year-old son from the window of a 10th story building in Netanya last Sunday.

According to the indictment, the woman, who is a national of an Eastern European country, told her husband she intended to take their youngest son for a walk following an argument between the couple. The husband objected since he saw the woman drinking an alcoholic beverage earlier that evening.

The woman then accused her husband of mistreating her and threatened to leave for her own country. The conversation then deteriorated into a fight that culminated in the husband's decision to take the children and spend the night in a hotel.

The husband left the apartment in order to call the rest of the children in, so that they could pack their belongings. When he returned with the children the couple started fighting, and the woman grabbed a 12cm-long knife and threatened her husband that if he left with the children, she would harm herself and say that he had he beaten her.

When the husband threatened to call the police and have the woman deported, she took their four-year-old son to one of the rooms while calling farewell to her husband.

She then told her husband "say goodbye to your son," and dangled the child's upper body out of the window while holding the knife to his throat. The man and one of the couple's other children pleaded with the woman to stop, and the young child started crying.

The woman then threatened that if her husband came any closer, she would throw herself and the child out of the window, but then pulled the boy inside while the husband pleaded that she leaves him alone.

The child was finally able to break free and ran into one of his brothers' arms.