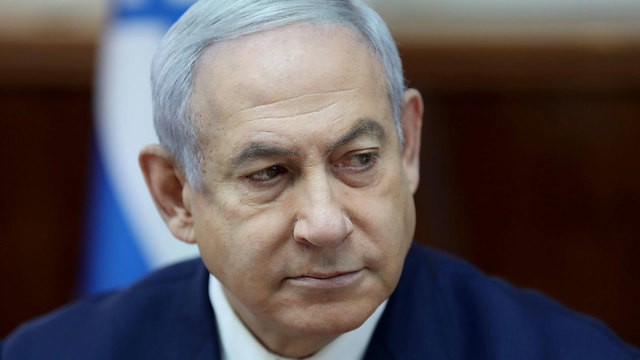 With just days before Israeli citizens go to the polls for the second time this year, we checked who will benefit most from high or low voter turnouts, how Arab voters affect the results and more

Next Tuesday, Israeli citizens will go to the polling stations and choose who will lead the country in the near future.

We looked at the challenges facing the leading parties running for the 22nd Knesset.

The Likud party's main challenge is raising the overall voting percentage. Public apathy and lack of interest in the elections could lead to low voter turnout, strengthen the smaller parties and weaken the Likud. Such a situation creates a slew of problems for Netanyahu.

The Likud fear a scenario in which Blue and White becomes the biggest party in parliament and receives a mandate to form a government, or alternatively, hold tough coalition negotiations in which it is expected to present Netanyahu with impossible demands.

Another challenge that Likud faces is lowering voter turnout in the Arab sector. Like in every election cycle, Netanyahu creates spin to affect voting rates in the sector and prevent a situation in which the Arab parties can help the opponent bloc or join an obstructive bloc.

Blue and White will also be aiming to raise voter turnout, especially in central Israel and cities affiliated with the party.

Party officials say that over the next week, Blue and White activists will make calls to tens of thousands of swing voters and supporters of the party and encourage them to vote.

Furthermore, banners bearing the slogan "Only a large Blue and White will establish a secular unity government" have started to appear across the country. Blue and white activists and members will keep campaigning at full force until Sunday's party conference headed by Blue and White leader Benny Gantz.

Yamina's biggest challenge is to maintain its strength in recent polls and surpass it.

There are two main threats hovering over Yamina's head – first is Likud's great influence, which sucks away voters from all over the right-wing bloc.

Second is the far-right Otzma Yehudit (Jewish Power) party, which refuses to withdraw from the race for Knesset and threatens to steal many valuable votes from Yamina.

Yamina must launch a joint campaign with Likud or else the right might waste copious amounts of votes for the right-wing bloc, which is bad news for party leader Ayelet Shaked and company.

If the right-wing bloc does not get at least 61 seats, Netanyahu might turn to other parties in an effort to form a government and Yamina will find itself out of the coalition.

The most significant challenge faced by the alliance of Arab parties is to embolden as many Arab voters to go out and vote, assuming a high voter turnout among the Arab sector serves the list.

Much like last elections, this cycle is also ridden with incitement against the Arab-speaking population and its representatives coming from the right, reaching new heights with Likud's recent attempt to pass a bill to place surveillance cameras at polling stations in Arab communities.

The party's campaign in Hebrew targets left-wing voters with a clear message - the Joint List is the only left-wing list on the political map that strives to end Israeli occupation over the West Bank.

Yisrael Beytenu faces a smear campaign on behalf of the Likud party, which aims to undermine the party's supporter base.

Liberman's party will have to preserve its loyal electorate, the Russian-speaking community and the new audiences attracted by the party's new campaign against a halachic state, mainly targeted at the ultra-Orthodox.

The Democratic Union will try to distinguish itself from other center-left parties, mainly Blue and White.

The center-left alliance will try to shatter Blue and White's "big party strategy", saying it was the center-left bloc who stood against Netanyahu and prevented him from forming a government. The bloc won and not the big party.

The Ashkenazi ultra-Orthodox party is trying to leverage Yisrael Beytenu's anti-religious campaign to incentivize more voters with messages on the media and a brilliant campaign on social media.

United Torah Judaism co-leader Yaakov Litzman (Photo: Alex Kolomoisky)
The campaign could become a double-edged sword and may also awaken the secular public from its indifference.

Shas are mainly worried about Netanyahu stealing voters from them on the finish line of the elections.

The last elections proved that the party's blind loyalty to the prime minister didn't help it when the latter was in distress.

The Sephardic ultra-Orthodox party will try to convince its voters that what matters the most is the size of the right-wing bloc as opposed to the identity of the biggest party.

Labor-Gesher's biggest challenge is to differentiate itself from the rest of the parties in the center-left bloc and to draw voters from the right.

The party will try to increase voter turnout among the Arab and Druze communities.

Sources in Labor-Gesher claim that party chairman Amir Peretz is planning to "pull a rabbit out of his hat" just days before the elections.

The extreme-right party will try to convince its potential voters that can surpass the electoral threshold.

The party uses several recent polls predicting success in the upcoming elections as part of their elections campaign.

Sources in Otzma Yehudit claim that they have a 70,000-strong electoral base, to which the party is trying to attract more moderate voters who fear a waste of votes for the right-wing bloc.