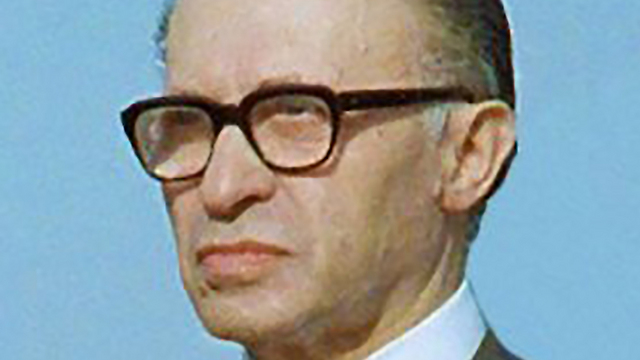 Opinion: At the beginning of the 60s, when all the Arabs under Israeli rule had the right to vote, Menachem Begin chased them with sweet talk and grandiose promises, and then the West Bank was conquered and everything changed

There is a surprising agreement between Israeli academia, which is in part at least left leaning and non-Zionist, and the Israeli right-wing.

They both attribute very little significance to the occupation of the West Bank territories in the 1967 Six-Day War.

Both the radical sociologist and the settler, who don't agree on many things, believe that June 1967 wasn't such an historic turning point, if at all.

Both believe that the expansion of borders and Jewish settlement in the West Bank are a natural continuation of Israel's actions and those of the Yishuv (pre-state Jewish community) that came before it during the British mandate – clinging onto every piece of land possible while pushing away the Arab population that interferes with this expansion.

This approach makes a lot of sense. One cannot deny that the Zionist movement demanded Jewish ownership over all parts of Palestine, even across the Jordan River.

The Right sees itself as the successor of the first pioneers and the academics tend to emphasize that until December 1966, barely half a year before the beginning of the "occupation", Israel placed over 80% of its Arab citizens under martial law that highly resembles IDF's rule over the West Bank today.

They are right – the small, good ol' Land of Israel wasn't good for everyone and it would be wrong to think that the post-1967 settlers were the ones who invented the dispossession of the Palestinians.

However, there is one major difference between the version of Israel established in 1948 and lasted only 19 years to the Israel that came after 1967 – voting rights for all.

True, pre-1967 Israel was established while displacing hundreds of thousands of Palestinian refugees, but those who managed to stay within the country's borders were granted a citizenship, sometimes even while risking their own lives.

It should be mentioned that the martial law between 1948 to December 1966, subjected the Arab voting for parliament to surveillance and coercion.

So considering all this, the question remains, what was the significance of all Israeli Arabs having a right to vote? Well, one example is the attitude towards the Arabs coming from the Herut party, the predecessor to today's governing Likud party.

There is a file lying around in the Jabotinsky Institute archives in Tel Aviv, which is titled "Elections for the 5th Knesset: campaign posters". It contains Herut's finest propaganda posters, with some of them referring to the Arab society in Israel.

These posters reveal a reality completely different from today's. They seem as a genuine attempt to woo the Arab voters in Arabic.

One poster stated that then-governing party Mapai (the predecessor to the Labor party) hadn't even one Arab member, while in Herut "there is no difference between a Jewish member and an Arab member".

The poster was signed off with an appeal to the voter: "If you want to replace the government, you have no other option but to vote for Herut and in doing so, you can stop tyranny, fight corruption, raise justice and eliminate false information."

Herut's propaganda attacked Mapai and other left-wing parties that directly or indirectly supported the preservation of the martial law and stressed the fact that Herut party leader Menachem Begin had actively opposed it in the Knesset since 1959.

It is hard to say if Begin did this as a liberal or out of utilitarian interests to weaken Mapai among the Arabs. But it doesn't even matter.

The circumstances in pre-1967 Israel created a clear interest for the Right to promote Begin's liberal teachings.

Everything changed gradually after the occupation of the West Bank and Gaza Strip. These territories, excluding East Jerusalem, were not annexed by Israel and their legal status was defined as "temporary."

Meanwhile, every single Israeli government viewed the territory as a legitimate settlement zone, which means that in practice, the territory has become a part of the country but its Palestinian residents were not granted equal rights, not to mention the right to vote.

And so, as the years went by, a link was created – which today seems natural – between those who require settlement in the West Bank and those who tolerate inequality and restricted franchise.

It's no wonder that just a few decades later, right-wing parties, not just the Likud, cast doubt on the legitimacy of the Arab vote in the Knesset elections. It didn’t have to be this way.