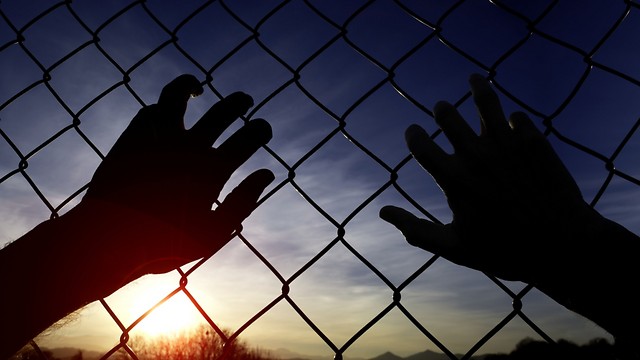 General Assembly's human rights committee believes there are at least 90 child offenders currently on death row in the Islamic Republic, with at least 9 children executed over the last year

Javaid Rehman also told the UN General Assembly's human rights committee that he has "credible information" there are at least 90 child offenders currently on death row in Iran.

Rehman, the U.N. special investigator on human rights in Iran, expressed deep concern at the overall use of the death penalty in the Islamic Republic, saying its execution rate "remains one of the highest in the world" even after a drop from 507 in 2017 to 253 in 2018. So far in 2019, he said, "conservative estimates indicate that at least 173 executions have been carried out."

He welcomed an amendment to an Iranian anti-narcotics law in 2017 that led to the reduction in executions in 2018 but said "there is more work to be done." He also said he was encouraged by the "enhanced dialogue" between Iranian authorities and the Office of the High Commissioner for Human Rights "on the administration of justice and child offender executions."

As for the overall human rights situation in Iran over the last year, Rehman cited a number of "distressing factors," including a declining economic situation that he said was "worsened by the impact of sanctions, with serious consequences for the realization of economic and social rights."

The United States has been ratcheting up sanctions on Iran since President Donald Trump withdrew last year from Iran's 2015 nuclear deal with world powers.

The U.S. administration contends Iran is not complying with the accord amid new questions about its activities raised by the UN atomic watchdog and is urging other countries to also step up pressure on Tehran.

Against that economic backdrop, Rehman said, those calling for respect of human rights "have been intimidated, harassed, arrested and detained."

"Between September 2018 and July 2019, at least eight prominent lawyers were arrested for defending political prisoners and human rights defenders, many of whom have received lengthy sentences," he said.

In addition, he said, protesters calling for better protection of labor rights at the Haft Tappeh sugar mill have been arrested on national security-related charges, including seven individuals recently sentenced to between six and 19 years in prison, though the head of the judiciary ordered a review of the sentences.

Rehman, a British-Pakistani professor of Islamic law, said journalists reporting on the Haft Tappeh protest and other labor rights issues have also been arrested and detained.

At least 32 people have been arrested since January 2018 for protesting compulsory veiling laws, the majority of them women who in many cases have faced harsher sentences than their male counterparts, he said. He said cultural workers and artists are "reportedly being subjected to arrest and detention for their work."

Rehman said ethnic and religious minorities are disproportionately represented in Iran's executions on national security-related charges and among its political prisoners.

"They are subject to arbitrary arrests and detention for their participation in a range of peaceful activities such as advocacy for the use of minority languages, for organizing or taking part in peaceful protests, and for affiliation with opposition parties," he said.