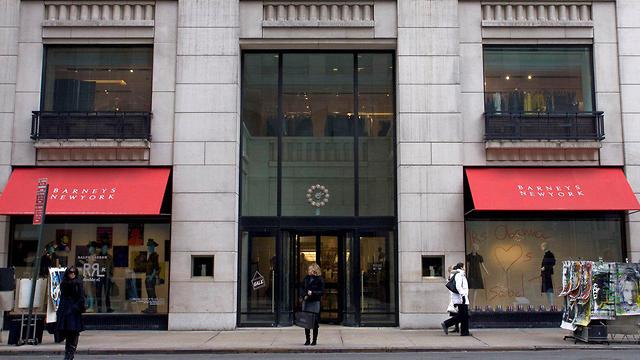 Samuel Ben-Avraham launches a social media campaign as part of his effort to outbid the NYC-based brand developer for the luxury department store, after they filed for bankruptcy last August

The retailer, which filed for bankruptcy in August, had been seeking proposals to best Authentic Brands. A deadline for competing bids was set for Wednesday evening.

It was not immediately clear that Barneys had deemed the offer a so-called qualified bid, meaning that it meets certain thresholds to be considered in a bankruptcy court auction set for Monday, the people said.

Ben-Avraham said he lined up investors to back his bid and has work to complete before the auction. The entrepreneur launched a social media campaign featuring images from TV shows “Sex and the City” and “Curb Your Enthusiasm” as part of his proposal.

Barneys and Authentic Brands did not immediately respond to requests for comment.

Ben-Avraham owns trade show companies and is also an investor in fashion label Kith, his LinkedIn profile shows. Additional details on his bid could not immediately be determined.

The sources could not be identified because they were not authorized to speak on the matter. Women’s Wear Daily first reported on Ben-Avraham’s offer.