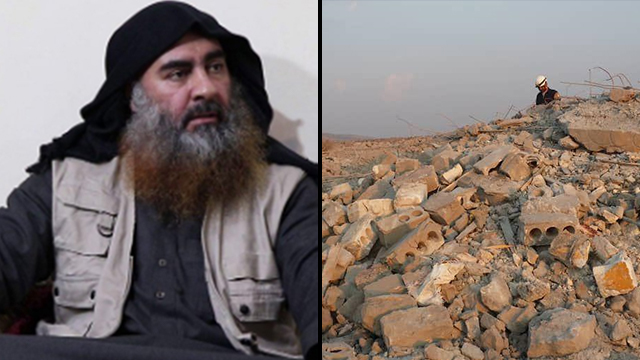 In an audio message, the terror group - which has remained silent since the U.S. raid in northwestern Syria that killed the Iraqi Jihadist - identifies the new leader as Abu Ibrahim al-Hashimi and vows revenge against the Americans

The Islamic State group is mourning the death of its leader Abu Bakr al-Baghdadi, who was killed in a U.S. forces raid, and has announced a successor in a new audio release. It vowed revenge against the United States.

Baghdadi, an Iraqi jihadist who rose from obscurity to declare himself "caliph" of all Muslims as the leader of Islamic State, was killed by U.S. special forces in northwestern Syria, President Donald Trump said on Sunday.

"Beware vengeance (against) their nation and their brethren of infidels and apostates, and carrying out the will of the commander of the faithful in his last audio message, and getting closer to God with the blood of polytheists," an IS spokesman said, addressing the United States.

The group identified the new leader as Abu Ibrahim al-Hashimi in the audio released Thursday by the IS central media arm, al-Furqan Foundation.

Aymenn al-Tamimi, a researcher at Swansea University focused on Islamic State, said the name was unknown but could be a top figure called Hajj Abdullah whom the U.S. State Department had identified as a possible successor to Baghdadi

"It could be someone we know, who perhaps has just assumed this new name," said Tamimi.

The area where the IS leader was killed by U.S. forces (Photo: MCT)
The speaker in the audio also confirmed the death of Abu Hassan al-Muhajir, a close aide of al-Baghdadi and a spokesman for the group. Al-Muhajir was killed in a joint U.S. operation with Kurdish forces in Jarablus, in northern Syria on Sunday, hours after al-Baghdadi blew himself up during a U.S. raid in Syria's northwestern Idlib province. The speaker named Abu Hamza al-Qurashi urged followers to pledge allegiance to the new Caliph and addressed the Americans saying; "Don't rejoice."