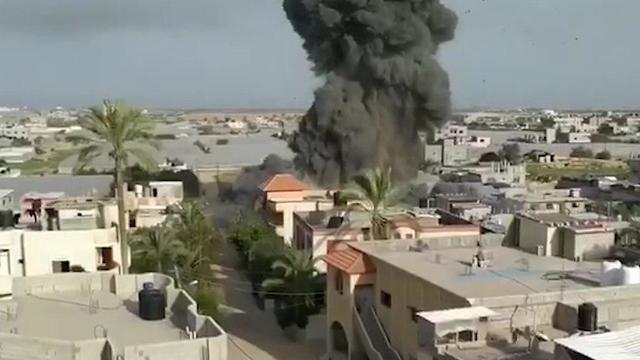 Mladenov to meet with Sissi on terms for possible truce between Israel and Islamic Jihad as Egypt 'opens channel' with U.S. and EU; terror group's leader says conditions not ripe for end to hostilities triggered by killing of military commander

UN Special Coordinator for the Middle East Peace Process Nickolay Mladenov arrived in Cairo on Wednesday as efforts grew to deescalate the worst bout of fighting between Israel and Gaza militants in recent months.

Mladenov landed in the Egyptian capital from Tel Aviv and was scheduled to meet with President Abdel-Fattah el-Sissi, Egyptian officials said.

The officials said Egypt's general intelligence agency has stepped up communications and has "opened channels" with the U.S. and the European Union.

The officials spoke on condition of anonymity because they were not authorized to brief the media.

Egypt often acts as a mediator between Israel and Gaza militants, and brokered a ceasefire deal to end the previous round of fighting in Gaza in May.

Militants in Gaza responded with hundreds of rockets fired into Israel, and the IDF has carried out a number of airstrikes in Gaza targeting Islamic Jihad.

Despite Israeli declarations that "quiet will be met with quiet," Islamic Jihad on Tuesday dismissed the possibility of immediate ceasefire negotiations.

"It is too early to talk about mediation or communication," the group said. "The martyrs' blood is not yet dry. The factions will not allow (Prime Minister Benjamin ) Netanyahu to use this crime for Israeli political purposes."

Islamic Jihad's leader in Gaza Khaled al-Batsh said: "The campaign against Israel is ongoing. We will not allow it to change the rules of our military conflict. We have no choice but confrontation and nothing will prevent us from responding to this assassination."