The Treasury has begun to earmark various resources to fund the future recommendations of the government-appointed social team, and apparently it has its eye on the "owner" of the biggest piece of the budget pie – the Defense Ministry.

A senior official with the Treasury's Budgets' Department told Ynet on Tuesday that given the pending reform in the government's welfare, housing, healthcare and education budgets, cutting the defense budget will be inevitable.
Imprudence?
IDF chief warns against budget cuts
Yair Altman
Lt.-Gen Benny Gantz says cutting defense budget in favor of social activists' demands will impede military's ability to address threats
IDF chief warns against budget cuts
The Treasury believes that the defense establishment could withstand a NIS 2 billion (roughly $570 million) cut to its core annual funding, without failing to adhere to the Brodet Committee's outline, which mandates a perennial increase of the defense budget. The Brodet Committee ordered the steady increase in funds as part of the government's post-Second Lebanon War defense readiness plan. The committee did, however, stipulate that the additional budget would follow various defense establishment efficiency measures, including a 30% cut in operational costs. The Treasury alleges that the Defense Ministry has failed to meet this demand, and has yet to demonstrate even 50% of the required cuts.

Hints of the impending magnitude of the budget cuts had Defense Ministry officials livid over the "Treasury's spin, meant to do nothing but sway the public discourse from the real issue – the government's economic policy."

The defense establishment's budget makes up only one-seventh of the State budget, the source added, and if it can withstand a NIS 2 billion cut, "Surely, the overall budget can withstand an NIS 18 billion ($5.12 billion) cut." 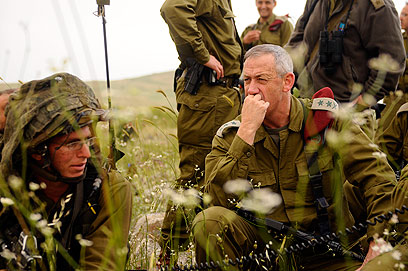 The Defense Ministry also said that according to its data, the defense establishment has been increasing its efficiency in timely correlation to the Brodet outline.

"If the Treasury had applied the same measures to the public sector as the defense establishment has in the past few years, it would have been able to allocate over NIS 50 billion ($14.23 billion) for social needs," the ministry said.

An official Defense Ministry statement released on Tuesday night slammed the Treasury's hints of cutbacks: "The conduct of Finance Ministry officials over the past few weeks has proven that they know nothing about economy, society or defense.

"The hysterics common to Treasury clerks past and present have them trying to sway the public discourse from the real matters at hand – the economic and social policy of the last few years.

"The attempt to belittle the defense establishment and its officials is irresponsible and we have every confidence that the public sees it for what it is – empty demagogical and populistic slogans.

"The ratio of the defense budget in the State budget is the lowest it has ever been. We urge the Treasury to exercise transparency vis-à-vis the public. The defense establishment will continue in its efficiency efforts, meant primarily to ensure the safety and security of the citizens of Israel," the statement concluded. 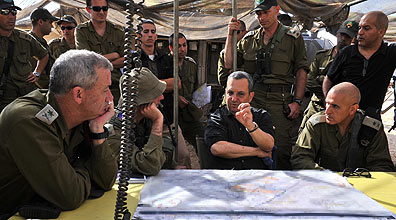 Defense Minister Ehud Barak voiced his support for a scaled cut in the defense budget, but qualified his statement, saying that in order for him to fully agree to that, the government's social team would have to present other alternatives for cuts as well.

"The defense budget will be part of any 'package deal' which will be put together in favor of facing the (social) challenge," Barak said on Tuesday. "I've instructed the Defense Ministry's director-general to set up a team and go over the budget with a fine-tooth comb, to see where we might become more efficient.

Sources in the Prime Minister's Office, meanwhile, tried to appease both sides, saying there was "no reason to fight."

"We still have September to deal with, as well as Iran and the instability in the Middle East," an associate of Prime Minister Benjamin Netanyahu said. "The committee has yet to determine the necessary changes to (national) priorities."