Iran will not stop uranium enrichment activities the UN has demanded it halt, the country's nuclear chief said Monday.

Iran says it needs stockpiles for a medical research reactor, and that the level of enrichment up to 20 percent is far below the more than 90% needed to build a nuclear weapon. But US officials have expressed concern Iran is taking steps toward greater enrichment.

Iran denies claims by the US and its allies that it seeks to build a nuclear weapon.

The official IRNA news agency on Monday quoted nuclear chief Fereidoun Abbasi as saying that Iran will continue to enrich uranium to 3.5% in its main uranium enrichment plant in Natanz, but will carry out 20% enrichment activities at its underground Fordo site. 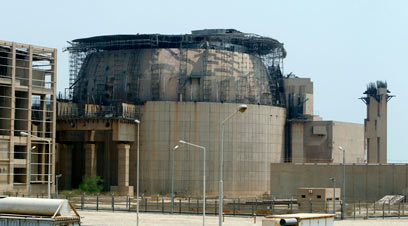 The Bushehr nuclear facility in Iran

IRNA also quoted Abbasi as saying Iran had asked the International Atomic Energy Agency to provide documentation of accusations about its nuclear program "so that we can examine them."

He added: "These allegations must be limited and not continue. We are not required to respond should thousands of claims be raised regarding our country's nuclear issue."

The International Atomic Energy Agency claims that Iran continues to stonewall attempts to follow up on information it has received from member states that points to possible experiments with a nuclear weapons program.

Iran accuses a "few arrogant countries" a phrase it often uses to refer to the United States and its allies of providing misinformation and false information to the IAEA.