The IDF has been training settler security units to cope with any eruption of Palestinian protests alongside a planned bid for statehood at the United Nations next month, settler and military officials said on Tuesday.

Israel has long permitted settlers to carry weapons in the West Bank, but has now stepped up drills among dozens of civil defense teams ahead of a UN General Assembly vote expected in mid-September, the officials said.

Palestinian President Mahmoud Abbas plans to seek the world body's endorsement of statehood when the General Assembly convenes next month, a bid seen as likely to upgrade the Palestinians' diplomatic status. 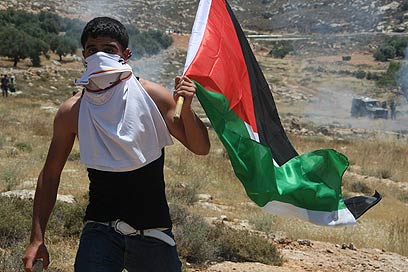 Israel rejects the move as sidestepping peace talks that have been frozen for a year in a dispute over settlement construction.

Israeli officials have voiced fears the UN bid could revive violence after months of calm, citing threats by some Palestinian activists to hold mass marches or demonstrations to coincide with the vote.

In a written statement, the IDF – which is also drilling its troops in how to deal with possible violence next month – said it was "devoting great efforts to training local forces and preparing them to deal with any possible scenario".

Some scenarios envisage protesters reaching the gates of settlements, which could set the stage for confrontations.

The statement said the military recently "completed training the majority of the first response teams" and the exercises were ongoing.

'Training sessions are nothing extraordinary'

Danny Dayan, chairman of the settlers' YESHA Council, said in a telephone interview that "Certainly during a period of tension, with intelligence reports of possible threats, of course readiness crews are being trained."

Dayan saw these preparations as "nothing extraordinary", noting how most settlers involved have already done compulsory duty in the IDF, which drafts most Israeli men at the age of 18.

"The Israeli army is responsible for them, they are not private settler militias," Dayan said. 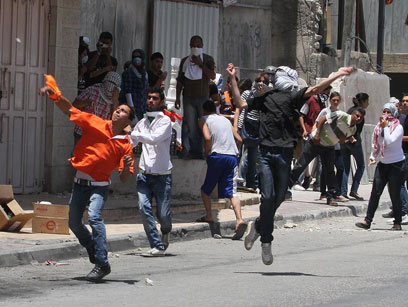 Armed settlers "operate under orders to avoid killing civilians. In the event of a break-in at a settlement, the response would be purely defensive, nothing offensive," he added.

Israel said it arms settlers so they can protect themselves against Palestinian attack. Palestinians and human rights groups said settlers have used weapons to attack Palestinians and that Israel has been lax in investigating such incidents.

Avigdor Shatz, who oversees security in the Benjamin settlement district of the West Bank, told Reuters that ahead of September's vote, "we are exercising them (security personnel) more, so they will be as trained as necessary."

He would not provide details or figures on how many settler security personnel exist, but said most of the 140 or so enclaves Israel has built in the West Bank had defense teams, and said "very few" of their members had firearms.