In new Egypt, foreign policy not just for diplomats

New rulers faced with dilemma to pursue more assertive policy towards Israel in line with public opinion, while still protecting integrity of peace treaty that gives them billions in US aid

Ahmed al-Shahat clambered up the facade of Israel's high-rise Cairo embassy, scaling over 21 floors, to pull down the flag of the Jewish state and replace it with Egypt's national colors.

"Raise your head high -- you are Egyptians," thousands cried as Shahat, now known as "Flagman", tore down the white and blue Israeli flag to applause, fireworks and nervous inaction from hundreds of soldiers and police at the scene.

Egyptians long unable to display their hostility to Egypt's perceived passive and often complacent ties with Israel under former president Hosni Mubarak were showing they were no longer afraid to vent their frustration in public.

The generals ruling Egypt since Mubarak's overthrow in February are faced with a dilemma to pursue a more assertive policy towards Israel in line with public opinion, while still protecting the integrity of a peace treaty that gives them billions of dollars in US aid. 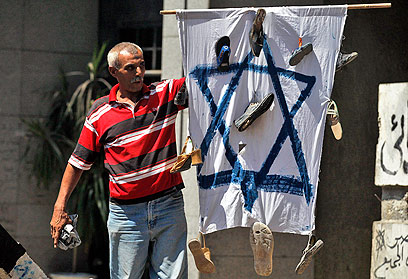 "The deep-seated feeling among a majority of Egyptians - including those that support peace -- is that policies towards Israel are too soft and sometimes complacent. This policy has to change and this is what these events point to," he said.

"Not a call for war"

The protests have dwindled and the Israeli flag flies again over the embassy on a sidestreet near the Nile's western bank.

But critics say Egypt's government came out looking weak from the worst crisis with its neighbor since Mubarak's overthrow because it flip-flopped on a threat to recall its ambassador from Tel Aviv.

Egypt demanded a joint investigation into the killings and an apology. Israel expressed regret over the deaths but stopped short of apologizing, and officials have made contradictory noises on whether to accept the joint probe. 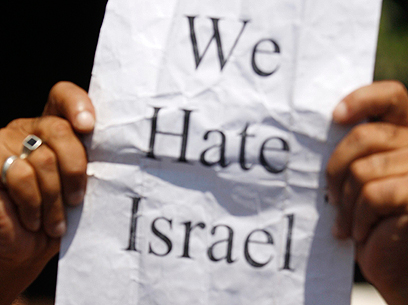 Diplomats tried to calm worries that the 1979 Camp David treaty might be under threat and protesters outside the embassy only called for a more assertive stance from Cairo.

"Just because the people are demanding their rights after an Israeli assault on our soldiers is not a call for or in pursuit of war," commentator Ahmed El Sawy wrote in al-Shorouk daily.

In Mubarak's Egypt, ties with Israel were often treated as a security concern with criticism kept under a tight lid but this latest episode points that public opinion is here to stay and is likely to play a role that was previously sidelined.

"The previous regime managed to ignore public opinion. This cannot be done anymore. Any government - this government or any future government - will have to pay more respect to what the public wants," Fishere, a career diplomat and writer, said.

The former president withdrew envoys to Israel in the past, notably during a Palestinian uprising a decade ago and during the 1982 war in Lebanon. It was rare for news of Egyptians being killed by Israeli cross-fire to even make it into newspapers.

But since the uprising, security censorship has largely subsided and newspapers rushed to give details of the events at the border, publishing initial findings from security sources that show an Israeli unit had entered into the Sinai Peninsula. 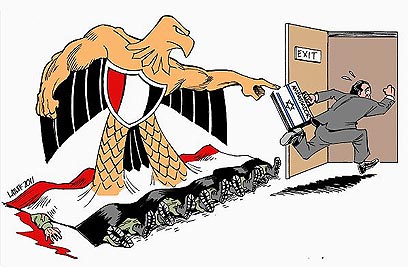 The protests took place across Egypt, some of them breaking out in the remotest of provinces unused to street politics.

"The Egyptian army would be mistaken to think the relationship with Israel will remain a pure security matter, that the people have no right to discuss or approach," political analyst Khalil Anani wrote in al-Hayat newspaper.

"We can only imagine what the reaction would have been if this crime was committed on Israeli soil by Egyptians," he adds.

Egypt's rulers must find a way to absorb public rage while ensuring the integrity of Camp David. Opening up to public opinion, without being swept away by it, would be one option.

"Sustainable foreign policy needs people's support but on the other hand, foreign policy and national security cannot be simplified or reduced to simple, even if legitimate, strong public feelings," Gamal Abdel Gawad Soltan, director of al-Ahram Centre for Strategic and Political studies, said.

The army's dilemma might be temporary as the policies of an unelected government are a softer target than those of a government with a popular mandate, and elections to choose a new administration are due to take place later this year.

The government "will still have to be open and responsive to public opinion, but they will not be hostage to small groups that can mobilize a few thousand in a rally," said Soltan.

Whether the public has any ability to change the rules of the game and not just complicate the picture for decision-makers will depend on how well and fast they organise.

"Eventually, not immediately, public opinion could be a game-changer if it is sustained and if it takes shape in some form of an institutionalized way," Fishere added. "That would be a more democratic regime."