US ambassador to Lebanon Michele Sison

Leaked confidential documents reveal Shiite group's threats against reporters. 'Hezbollah treats everyone like they're agents for US, Israel,' docs say

Hezbollah used scare tactics and harassed journalists suspected of speaking out against the organization, a cable released by WikiLeaks revealed.

According to the confidential cable, which was sent by US ambassador to Lebanon Michele Sison to the State Department in 2009, Hezbollah members repeatedly harassed a Lebanese reporter known for his disdain for the Shiite organization.

Sison said that after Taher Abbas, who reported for the London-based Asharq al-Awsat newspaper, returned from the US after covering the last presidential election, three Hezbollah members came to his home and interrogated him over his and his family's life. They asked what cars he and his wife drive, where his kids go to school and whether he had internet access. They even asked about his eight-year-old daughter's political opinions. 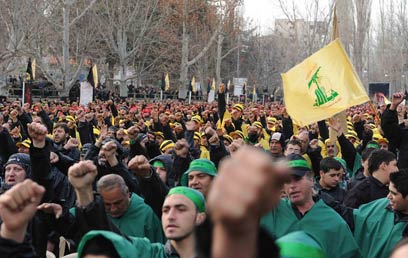 Hezbollah rally in Beirut (Photo: Reuters)
Moreover, Abbas was asked whether he supports Hezbollah, and questioned over his trip to the US.

The eerie encounter with the Hezbollah operatives did not end with the interrogation; Abbas said he was followed, and his phones were tapped. Abbas' friends even told him that the Shiite organization has spies stationed in residential buildings in his neighborhood, who report an unusual activity.

Abbas, who lives in the Dahiya district in Beirut, a Hezbollah stronghold, was described by Sison as someone who tends to keep a low profile and stay out of trouble. 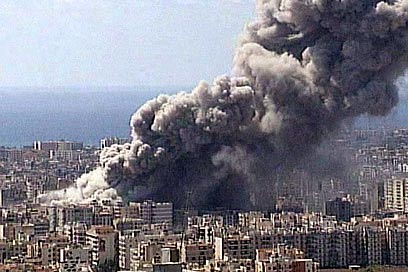 Dahiya in flames (Photo: Reuters)
According to the cable, Abbas turned to his acquaintance, Lebanon's Prime Minister Saad Hariri, for help. Hariri in turn spoke with senior Hezbollah members, telling them they have no right to treat Abbas that way. But the harassment did not stop; in one incident, Hezbollah members blocked his driveway for two hours, stopping him from leaving. In another case, an operative threatened to beat Abbas up. He even received a threat on his life. He said that he considered selling his home and moving, but decided against that due to high housing prices. Abbas told Sison the atmosphere in Dahiya has been terrifying ever since the Second Lebanon War. He said that Hezbollah has police forces stationed in every neighborhood is south Beirut. Moreover, he noted that while the operatives treated the residents nicely prior to July 2006, now they view everyone as Israeli or American agents, unless it was proven otherwise.