The Arab uprisings have provided an opportunity for al-Qaeda, the EU's counter-terrorism chief said on Monday, underlining the need for Europe to help prevent power vacuums in countries like Egypt, Tunisia and Libya.

Gilles de Kerchove said that overall the uprisings were positive, but not without cause for concern.

"You have not seen anyone demonstrating in the street referring to al-Qaeda or al-Qaeda rhetoric," he told a news conference. "But of course, we all agree that it has provided a huge opportunity for al-Qaeda to re-energize."

He also said there was a risk al-Qaeda had secured arms and ammunition looted in the Libyan conflict, including surface-to-air missiles that could pose a threat to flights in the region.

"They have had the possibility to have had access to weapons, including small arms and machine guns, or certain surface-to-air missiles which are extremely dangerous," he said. 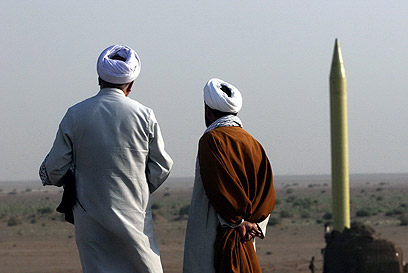 De Kerchove said it was important for the European Union to assist transition in such countries.

"Another concern I have is the dismantling of the security services in Tunisia and Egypt," he said. "You cannot have a security vacuum so ... that's where I see an urgent need for the EU to help," he said.

"Democracy does not happen overnight so having an efficient economy, providing jobs, all these will take time. Let's hope it would not lead to some disappointment in which al-Qaeda ... might be attractive once again," he said.

De Kerchove said the core of al-Qaeda had been significantly weakened with the killing of Osama bin Laden in May and of its second in command and other key leaders in Afghanistan in Pakistan.

He said this meant it was not likely to be able to mount sophisticated attacks like those on Sept. 11, but small-scale "opportunistic" actions were possible.

"We know from intelligence that they are in financial trouble. They don't have the same means as before," he said.

"Internally we are much better equipped today than we were 10 years ago. That does not mean we will prevent all the plots, all the attacks, but we'll try to be more efficient in preventing, in investigating and prosecuting terrorism and in minimizing the consequence of the terrorist attack," he said.