United Nations' Secretary-General Ban Ki-moon urged the world community on Tuesday to take action on the situation in Syria.

While Ban stopped short of calling for military intervention, he delivered some of his strongest statements yet condemning the violence he says  is perpetrating against his people. Ban said it is time for UN member nations to unite and take "coherent measures."

Ban, who was in New Zealand attending a meeting of Pacific leaders, told reporters that the aspirations of the Syrian people should be heeded and respected. 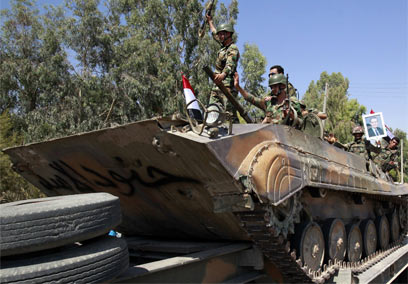 The UN puts the death toll in Syria at 2,200 since an uprising began there five months ago.

Ban has tried for months to resolve the situation using diplomatic means. A UN humanitarian assessment team visited Syria two weeks ago. Activists said that soon after the team left the city of Homs, Syrian security forces killed at least seven people there.

It has proved nearly impossible to verify events on the ground because Syria has banned international media and severely restricted local coverage.

After the assessment team left, the UN's top human rights body voted overwhelmingly to demand that Syria end its crackdown and cooperate with an international probe into possible crimes against humanity.

Reaching out to stop violence

Ban said he last spoke to Assad on August 17 to express alarm about reports of security forces using excessive force against civilians.

In an email, Ban's spokesman Martin Nesirky said he was not aware of Ban having any immediate plans to speak again with Assad. Nesirky added that "the secretary-general has consistently said he would do his utmost to reach out to try to stop the violence."

Ban did not say whether he personally favored military action at this point. 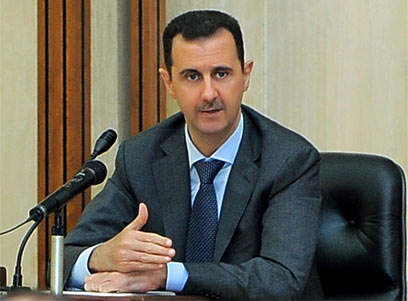 He expressed frustration that UN members have not been able to reach agreement on what needs to be done about the Syrian situation.

The Arab League has put forward a plan under which Assad would immediately cease all military operations, release all political prisoners, begin a dialogue and announce his intention to form a national unity government and hold pluralistic presidential elections by the end of his term in 2014.