According to the movement, while the construction rate within the 1967 borders is one housing unit per 235 residents, in the settlements the rate is one unit for every 123 residents. 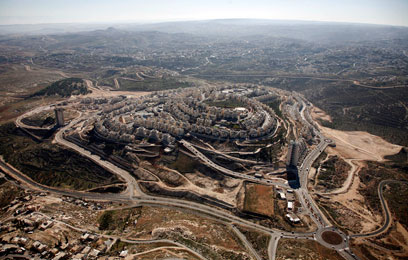 The report, based on aerial photographs and on-site visits also claims that immediately after the 10-month construction freeze (October 2010-July 2011), construction began on 2,598 projects within the West Bank settlements – 64% (1,642) of which were units with grounds attached.

Moreover, groundwork for the construction of an additional 317 additional units and 100 caravans has already been completed. According to Peace Now, at least 383 of the housing units are illegal and 157 out of the units are to be constructed on illegal outposts.

"The planned separation fence goes deep into the West Bank at four 'fingers', the construction of which Israel avoids completing for political reasons," the report stated.