PA: US showing disdain for Arabs

The United States is showing "disdain" for Arabs by trying to prevent the Palestinians from gaining statehood recognition at the United Nations, a senior Palestinian official said on Wednesday.

David Hale, the US Middle East peace envoy, was due to meet Palestinian President Mahmoud Abbas later on Wednesday in the latest American effort to halt the UN maneuverings and convince the two sides to return to direct negotiations.

Yasser Abed Rabbo, secretary general of the Palestine Liberation Organization (PLO), said US policy now appeared confined to one point: Stopping the Palestinians from embarking on their diplomatic initiative at the United Nations. 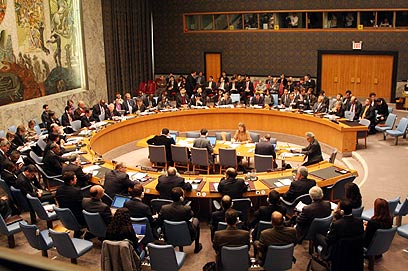 "All this is being ignored and the only issue has become the issue of us not going to the United Nations," he told Voice of Palestine radio.

"This shows not only disdain for the Palestinian position, but also scorn for what is happening in the Arab region a state of revival seeking justice for the Arab peoples and justice for the whole region." Popular uprisings have toppled Arab autocrats in Tunisia, Egypt and Libya this year.

Arguing that the two-decade old peace process has run out of gas, the Palestinians are seeking an upgrade in their diplomatic standing at the United Nations. They are presenting the move as a step towards leveling the playing field with Israel.

Hale's meeting with Abbas follows a phone call on Tuesday by Secretary of State Hillary Clinton to the Palestinian leader.

Clinton had urged Abbas to "continue to work hard with us to avoid a negative scenario in New York at the end of the month," a State Department spokesperson said, referring to the meeting of the General Assembly.

Asked about the visit by the US envoy, Abed Rabbo said: "We will see today, but our expectations are not at all high, especially in light of what we hear on the American position."

Palestinian officials have in recent days rowed back from statements indicating that they plan to apply for full UN membership regardless of the US position. They now say their course of action has yet to be decided.