While the rocket fire has subsided, a new threat has emerged for the Gaza vicinity communities – gunshots fired from the Gaza Strip.

Palestinian snipers from the northern Gaza Strip fired at least 10 shots at houses in Netiv Haasara on Friday. No injuries were reported, however damage was caused to several houses. The residents were ordered to stay indoors as the IDF canvassed the area and were allowed to leave an hour later.

Security forces estimate Friday's shooting attack was a limited event. However, locals are calling the army to take a firm hand against the perpetrators of the attack. 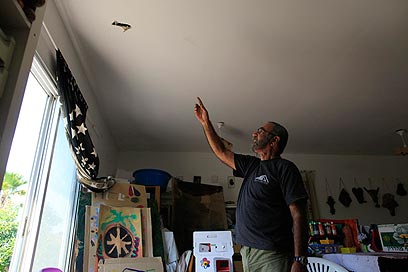 Hof Ashkelon Council head Yair Farjoun said: "This town is like a military outpost, exposed to mortar shell and Qassam fire, and now firearms. We are pleased that the army is working to intercept the cells and doing a good job at that, and hope it will not be repeated."

One of the local residents recounted the experience: "My wife and kids were outside and I was indoors. My wife yelled that she heard gunshots. A friend called and told me that shots were fired at his house too as well as at the town's grocery store. 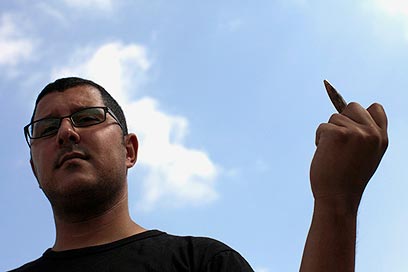 "It's a miracle that people who were there at the time were not hurt. It's very frightening. It's the sort of thing one can't prepare for. There is no alert and there are several spots exposed to this kind of fire."

He added, "I hope we don't have to face a new situation like this now."

On Wednesday, a Qassam rocket exploded in an open field in the Eshkol Regional Council. Several hours later Palestinians reported of IDF strikes in the Gaza Strip which killed an Islamic Jihad operative. The army denied the report.

Earlier, a Qassam rocket exploded in an open field in the Shaar Hanegev Regional Council. There were no injuries.