The surprise assault on Israel's embassy in Cairo has pushed Egypt's ruling military deeper into confrontation with a protest movement openly accusing the country's caretakers of trying to cling to the legacy of Hosni Mubarak rather than dismantle it.

Israel, not surprisingly, saw the rioting and break-in by protesters – who exuberantly trashed offices and threw documents out the window – in the context of its peace deal with Egypt. It seemed an ominous sign of Egyptians' hatred of Israel unleashed and running wild. But Egypt's generals were just as much the target of the protesters.

More on the Cairo embassy drama: 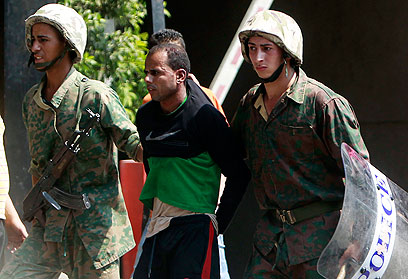 The scene was a message to the military that while they may rule, they can't carry the power by intimidation that Mubarak did. Protesters, and a growing part of the public, are becoming increasingly critical of a military they say is too close to the old regime, doing little to bring democracy and committing new abuses of its own.

"It is a conflict between a party that is trying to reproduce the old regime and a revolution that continues to press for its demands to be met," said protest leader Khaled Abdel-hamid.

The military has responded to the late Friday night attack on the Israeli embassy by warning that the country's entire stability is in danger.

In a statement read on state TV, the military and the civilian government said Egypt was passing through a crisis "that threatens the very body of the state." The leadership vowed to use tough emergency laws that were the hated hallmark of Mubarak's 29-year regime and that the military had promised repeatedly to erase.

"We are now somewhere between revolution and chaos, between toppling a regime and toppling the entire state," the government-owned Al-Ahram daily warned Sunday in a front page editorial that echoed the military's thinking. 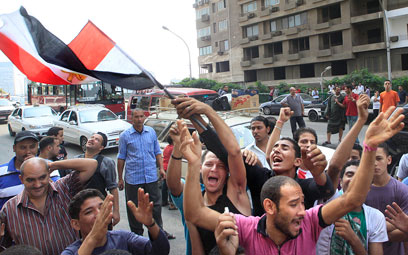 Egyptians outside the Israeli embassy in Cairo (Photo: AP)

That smacks of preparation for a heavier crackdown of some sort, according to some in the youth-dominated groups who led the 18-day uprising that toppled Mubarak in February. The army, they believe, is ruling with the same authoritarian attitude as Mubarak and is willing to keep most of his former regime in place.

For many protesters, the aim of the embassy raid was to tell the military that it cannot continue in the strongly pro-Israeli policies of Mubarak, who built close economic and security ties with Israel. Mubarak shared many of Israel's foreign policy goals, like containing Hamas, opposing Iran and boosting Lebanon's pro-Western factions against Hezbollah.

Notably, the protesters focused their rage Friday on a concrete wall that the Egyptian military erected outside the Israeli Embassy building last month. To protesters, the wall was a sign that, like Mubarak, the military was more eager to protect Israelis than Egyptians.

"We don't want to have a war with Israel," Ibrahim Ezzat, a bearded man in a white robe, said outside the embassy just hours after it was stormed. "But if they attack, we have to respond. We always thought of our army as our sole guardian but after what happened, something has to be done."

Another protester, construction contractor Ahmed Darweesh, blamed the ruling generals for what he termed their "soft position" on Israel, saying Egypt wanted to declare that "shedding the blood of its people will not go in vain."

"The military council must abide by people's will. First we don't want to have relations with Israel and we also don't want to have relations with the United States because it is the mother of Israel." In the seven months since Mubarak's fall, Egypt has seen a growing number of problems – a surge in violent crime, a deepening economic crisis and an explosion of labor unrest over pay and perks. Added to the mix are sectarian tensions and the continuing reluctance by the discredited police force to fully take back the streets since the uprising. 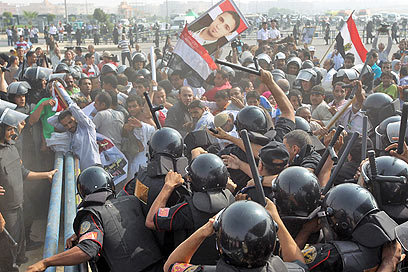 Events this weekend serve as an example of how destabilized Egypt has become.

Engineers have cut off a main Cairo road to protest state supervision of their union and students at the American University in Cairo, where the offspring of the country's elite are educated, staged a protest against a rise in tuition fees. Last week, police clashed with sport fans after they shouted taunts at the cops from the stands.

"Egypt is at a crossroads right now," said Emad Gad from Cairo's Al-Ahram Center for Strategic Studies. "We have to watch and see how the military council is going to act. Either it will have a plan, a vision, impose law and order and restore the state's prestige or they will have no plans and, therefore, no power to stop us from descending into chaos."

The embassy break-in sparked a debate among activists, with many worrying it would only tarnish the protest movement as hooligans. 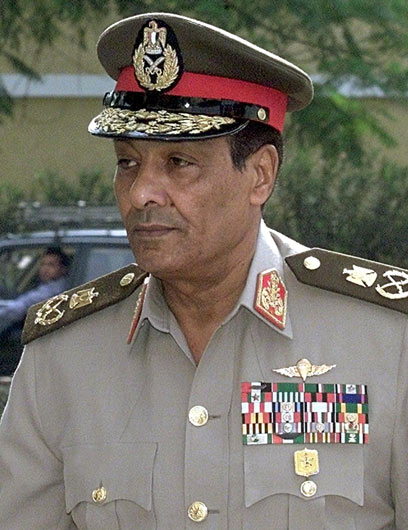 Some saw the fact that the military and police did nothing for hours to stop the destruction of the wall or the break-in as deliberate, to draw the protesters into giving them an excuse for a crackdown.

"Leaving the embassy without security or army troops was intentional and not innocent," said Mustafa al-Naggar, founder of the Adl, or Justice, Party. "There are attempts to drag the revolution to violence to justify the silencing of our voices later on."

The military has been the most dominant force in Egypt since army officers seized power in a July 1952 coup that toppled the monarchy, providing the country with all of its four presidents since then and filling many of the state's key posts. To the military, the youth groups that engineered the uprising pose an unprecedented threat to its claim to power.

In response, the ruling Supreme Council of the Armed Forces has been criticized for operating in secrecy and not consulting enough before deciding on key matters such as a new election law or who should take part in drafting a new constitution.

"There is cumulative evidence to suggest that efforts are being made (by the military) to contain the revolution and empty it of its contents," said political analyst Ammar Ali Hassan. "The military council is trying to demonize the revolution or brand it as a chaotic act or blame it for everything from the tenuous security to the rise in prices and thuggery."

The military has repeatedly asserted that it has no intention to cling to power, but is already one month behind schedule for transferring power to an elected government. It also has not announced precise dates for parliamentary and presidential elections, raising suspicions that the generals may be stalling until they can guarantee a future political role.

"The handover of power does not mean that the military will be out of the game anyway," cautioned Michael Hanna, an Egyptian-American expert from the New York-based Century Foundation. "The generals will retain a big role for themselves but will not have a say in everything."