Palestinian Foreign Minister Riyad al-Maliki said Tuesday that seven of the Security Council member states endorse the Palestinian bid for statehood. He added that the Palestinian Authority is engaged in efforts to secure the support of Nigeria and Bosnia.

Meanwhile, Palestinian President Mahmoud Abbas said that nine states support the bid. In an interview with the London-based al-Sharq al-Awsat Abbas said that he is aware that pressure is being exerted on some states. "We don't know if they will change their positions," he noted.

Abbas further added that had he met Prime Minister Benjamin Netanyahu he would have told him "what 500 Israeli thinkers told him in an open letter – that if we were in your place we would submit the Palestinian statehood bid ourselves to the UN." He estimated that some 70% of Israelis support peace. 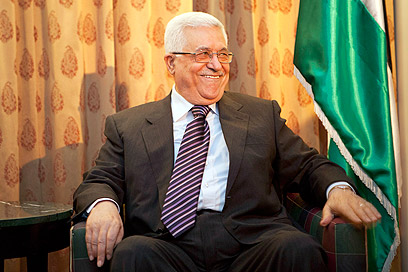 Fatah senior official Nabil Shaath also addressed the matter in an interview with the Ma'an news agency. Shaath said he does not believe Abbas and Netanyahu will meet, unless the two sides agree on clear terms – a settlement construction freeze and recognition of a Palestinian state on 1967 borders with land swaps as a basis for negotiations.

Thus far, only three of the 15 Security Council member states have said they will oppose the Palestinian UN membership bid: the US, Germany and Colombia. Eight states are leaning towards endorsement which leaves one state to swing the vote and achieve the necessary majority of two-thirds.

Israel, on its part, is working to contain the Palestinian campaign. The US is mounting massive pressure on the undecided states. According to US sources, the most challenging states are Nigeria, Bosnia and Gabon.

The US has already officially announced that it will use its veto power to block the bid at the Security Council. The Palestinians, however, are determined to approach the Security Council which is the only body authorized to certificate their membership.