A plan to build 1,100 housing units in Jerusalem's Gilo neighborhood was approved Tuesday by the city's regional planning and construction committee.

The plan includes construction of small housing units, a boardwalk, public buildings, a school and an industrial zone.

Soon different bodies would be permitted to object to parts of the plan, after which the project will receive validation and a green light to begin constructions. 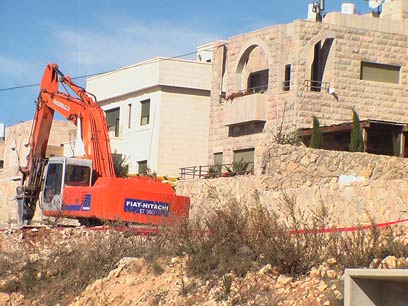 "It's a nice gift for Rosh Hashanah (the Jewish New Year)," said Yair Gabay, a member of the Jerusalem committee.

"Jerusalem in expanding to the south, creating affordable housing. We must clarify to the world that Jerusalem is not up for sale."

About a year and a half ago the planning and construction committee approved a motion to expand Gilo and south Jerusalem and build new housing units in the neighborhood.

The construction project has drawn heavy criticism from Washington and left-wing organizations.

Gilo was built on land that was seized during the Six Day War and later annexed to Jerusalem. The neighborhood was a frequent target of Palestinians during the second intifada.

The Palestinian Authority condemned the decision: "The prime minister of Israel claims that he has no preconditions, but this decision creates preconditions on the ground," a statement by the Palestinian Prime Minister's Office said.