The Arab Spring is the focus of speculation over this year's Nobel Peace Prize, with an Afghan human rights activist and the European Union as possible outsiders.

The Norwegian Nobel Committee gives no clues ahead of the Oct. 7 announcement, but judging by previous selections, the rebellion sweeping across North Africa and the Middle East would appear to tick all the right boxes.

"It would be consistent with their effort to give attention to high-profile and extremely important, potentially breakthrough developments by movements and by people," said Bates Gill, director of the Stockholm International Peace Research Institute. 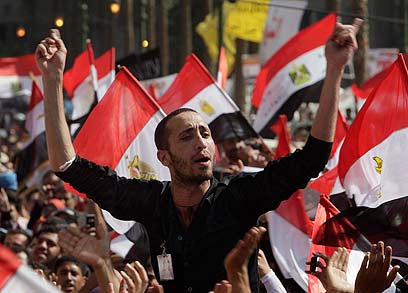 The challenge would be to identify a person or group that embodies the non-violent spirit of the revolution, and doesn't turn out to be less deserving of the prestigious $1.5 million award once the final chapters of the still-unfolding Arab Spring have been written.

"It's particularly hard in the context of these protests where there hasn't always been an identifiable leadership," said Kristian Berg Harpviken, the director of the Peace Research Institute Oslo, and a prominent voice in the Nobel guessing game.

His top picks are Egyptian activists Israa Abdel Fattah, Ahmed Maher and the April 6 Youth Movement, a pro-democracy Facebook group they co-founded in 2008. They "played an instrumental role in the mobilization of protests on both the Internet and on the street," Harpviken said.

His second choice is Wael Ghonim, a marketing executive for Google, for re-energizing the protests on Cairo's Tahrir Square after the ouster of President Hosni Mubarak.

Harpviken's third pick is Tunisian blogger Lina Ben Mhenni who started criticizing the Tunisian regime before the uprising began in December. She made her name on Facebook as "Tunisian Girl" and, as the country's Arab spring rolled into a fullscale uprising, became a media darling.

The Tunisian man whose self-immolation set off the protests is not a contender because the Nobel Prizes are not awarded posthumously.