Al-Awlaki: From voice for jihad to al-Qaeda figure

Al-Awlaki's East-West cross-appeal was seen as a potential model for the next generation of al-Qaeda leaders. But his rise to prominence also drew the attention of the CIA, and landed him on its capture-or-kill list, the first American so targeted.

On Friday, al-Awlaki was killed in the mountains of Yemen in what local officials said they believed was an American airstrike. The officials said pilotless drones had been seen circling the area in recent days. 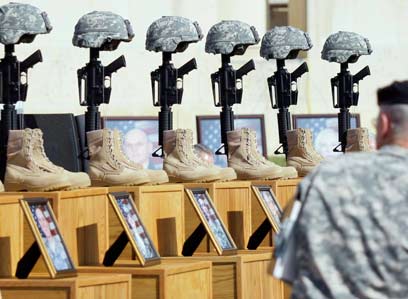 According to American officials, the 40-year-old al-Awlaki had over the years moved from being an influential mouthpiece for al-Qaeda's ideology of holy war against the United States to an operational figure, helping recruit militants for al-Qaeda's branch in Yemen, seen as the most dangerous direct threat to America.

President Barack Obama on Friday called al-Awlaki "the leader of external operations for al-Qaeda in the Arabian Peninsula," and outlined al-Awlaki's involvement in planning and directing attempts to murder Americans.

In his remarks, Obama appeared to be presenting a legal justification for eliminating al-Awlaki.

In the failed Christmas 2009 bombing, Umar Farouk Abdulmutallab, a Nigerian, was accused of trying to bomb an airliner heading for Detroit by detonating explosives sewn into his pants. Yemeni officials said they believed al-Awlaki and other al-Qaeda leaders met with Abdulmutallab in a mountain hide-out in Yemen to help plan the attack.

In the October 2010 cargo plane attack, mail bombs addressed to Chicago-area synagogues were intercepted in Dubai and Europe.

Earlier in 2010, al-Awlaki urged American Muslims to mount attacks in the US, telling then in a sermon, "How can your conscience allow you to live in peaceful coexistence with a nation that is responsible for the tyranny and crimes committed against your own brothers and sisters?"

Al-Awlaki, born in New Mexico to Yemeni parents, exchanged up to 20 emails with US Maj. Nidal Malik Hasan, alleged killer of 13 people in the Nov. 5, 2009, rampage at Fort Hood, Texas. Hasan initiated the contacts, drawn by al-Awlaki's Internet sermons, and approached him for religious advice.

Al-Awlaki has said he didn't tell Hasan to carry out the shootings, but he later praised Hasan as a "hero" on his website for killing American soldiers who would be heading for Afghanistan or Iraq to fight Muslims.

In New York, the Pakistani-American man who pleaded guilty to the May 2010 Times Square car bombing attempt told interrogators he was "inspired" by al-Awlaki after making contact over the Internet.

In an article published in January in an English-language al-Qaeda newsletter called Inspire, al-Awlaki urged targeting the "wealth of disbelievers" in non-Muslim countries - including government-owned properties, banks and global corporations.

"In the case of the United States, both the government and private citizens should be targeted. America and Americans are the Imams of kufr (leaders of disbelief) in this day and age," he wrote.

Al-Awlaki had been in the US cross hairs since his killing was approved by Obama in April 2010. At least twice, airstrikes were called in on locations where al-Awlaki was suspected to be, but he wasn't harmed. The order against an American citizen raised alarm bells among civil liberties groups.

"What the government is doing is imposing the death penalty without trial," said Jameel Jaffer, a lawyer for the American Civil Liberties Union, in a November 2010 hearing in Washington.

To his father, Nasser al-Awlaki, he was wrongly accused by the US and was simply an "all-American boy." 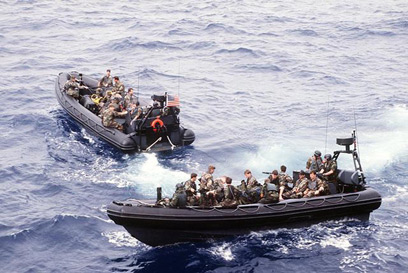 Al-Awlaki was born in 1971 in New Mexico where his father was studying agriculture as a Fulbright scholar. The elder al-Awlaki returned with his family to Yemen in 1978 to serve as agriculture minister, and later as a professor at Sanaa University.

While in San Diego, he preached at a mosque - and at one point was arrested on charges of solicitation of prostitution. In 1999 and 2000, he was investigated by the FBI, though no criminal charges were filed against him. During that time he met two of the Sept. 11 hijackers, Khalid al-Midhar and Nawaf al-Hazmi, prompting another round of FBI questioning after the attacks on the World Trade Center and Pentagon.

The US government's 9-11 Commission report said the men "respected al-Awlaki as a religious figure and developed a close relationship with him." They were aboard the plane that crashed into the Pentagon.

"He had an allure. He was charming," Abdul-Malik told reporters after the Fort Hood shooting. "To go from that individual to the person that is projecting these words from Yemen is a shock."

"I don't think we read him wrong. I think something happened to him."

His recorded sermons were sold at Falls Church stores catering to Islamic residents, homilies that dealt with such religious subjects as the afterlife and the Prophet Muhammad.

After al-Awlaki left the US in 2002, he spent time in London before returning to Yemen in 2004, with his Yemeni wife and their children, believed to number up to five. In the years that followed, his Internet sermons turned more toward politics and jihad, accusing America of waging war on Muslims and urging armed struggle against the United States.

Yemeni authorities arrested him in 2006 with a group of five Yemenis suspected of kidnapping a Shiite Muslim teenager for ransom. Al-Awlaki was accused of being the group's spiritual leader and of having decreed they had a religious right to kidnap foreigners and rich Yemenis. He was released without trial after a year in prison following the intercession of his tribe.

He later moved to the heartland of his Awalik tribe in the eastern province of Shabwa, regarded as an al-Qaeda stronghold.

Canadian Muslims arrested in 2006 for allegedly forming a training camp and plotting bombing attacks in Toronto listened to al-Awlaki's online calls for jihad, prosecutors said. An al-Awlaki sermon on jihad was also among the materials - including videos of beheadings - found on the computers of five men convicted of plotting attacks on the Fort Dix military base in New Jersey in 2007.

In January 2009, al-Awlaki posted on his website a tract titled "44 Ways to Defend Jihad," urging Muslims around the world to support Islamic fighters by raising money or helping their families. He said those who are able should join the battle, since it "pleases Allah because it shows him that you are willing to give your life for him."

Soon after the Fort Hood attack, Yemeni authorities tried to persuade al-Awlaki to return to Sanaa, where the government could keep a closer eye on him, according to Sheik Farid, the senior Awalik chief.

The sheik said al-Awlaki fled into the mountains, fearing arrest. There he is believed to have met up directly with al-Qaeda militants. Yemeni officials say they believe al-Awlaki attended a gathering of senior al-Qaeda figures in the Shabwa mountains on Dec. 24, 2009 - a day before the Nigerian Abdulmutallab tried to blow up the airliner near Detroit.

Before dawn, Yemeni warplanes, using US intelligence help, struck their tents, but al-Awlaki and others are believed to have driven off hours earlier. The government says 30 other militants were killed.

In May 2011 - with Yemen gripped by a violent revolt against the regime of President Ali Abdullah Saleh - a US Predator drone again targeted al-Awlaki, apparently based on information from captured al-Qaeda members. But again the mission failed