VIDEO - A mosque in the town of Tuba Zangaria east of Rosh Pina was torched overnight Monday by unknown assailants. The words "price tag", "revenge" and "Palmer" – the last name of the father and son killed in a terror attack in Kiryat Arba last month – were spray-painted at the scene. Police fear a violent outburst and have therefore raised the alert level in Israel's northern district.

Later on Monday, some 300 residents of Tuba Zangaria clashed with security forces after disrupting traffic on Route 90 in response to the attack. Some protesters hurled stones at officers and torched tires. Police forces responded with crowd dispersal means. Earlier, dozens of the local school's students set tires on fire and blocked the entrance to the town in protest.

Residents of the village reported a fire at the mosque in the middle of the night. Hundreds gathered at the scene and chanted "we shall not be silent." Northern District Police commander Major General Roni Atiya held a status evaluation at the scene and established a special investigating team.

"Major General Atiya has urged residents to maintain order and allow the police to investigate the event," a police statement said.

Sheikh Uthman al-Hayeb, one of the mosque's caretakers, said: "Today we shall decide how to respond to this shocking event. The arsonists who left us without a mosque must be punished." 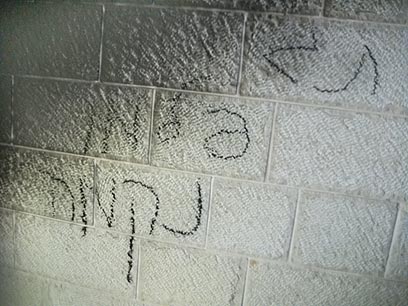 One of the local residents noted that the activity of all educational and commercial institutions has been suspended following the event. "No one will stay silent over this. Our response will be very harsh," he said.

Prime Minister Benjamin Netanyahu spoke to Shin Bet chief Yoram Cohen Monday to discuss the "price tag" attack. Netanyahu instructed Cohen to find the culprits as soon as possible. "The images are shocking and have no place in the State of Israel," he told the Shin Bet chief. 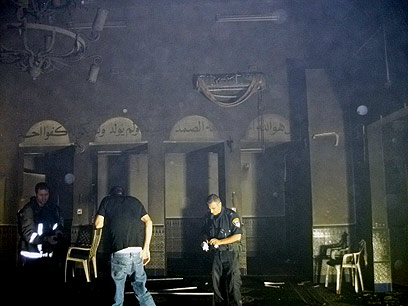 A statement issued on behalf of the prime minister said: "Netanyahu was outraged when he saw the photos and said the act went against the State of Israel's values. Freedom of religion and freedom to worship are supreme values."

Sheikh Kamal Khatib, deputy head of the Islamic Movement's northern branch declared that "racism has taken over the Jewish street. The government of Israel encourages such acts and hatred against Muslims."

This is not the first "price tag" operation in northern Israel. In June 2010, hate slogans were spray-painted on a mosque in the heart of Ibtin near Kiryat Tivon.