"One cannot give a set date for this project and as soon as our nation's scientists announce the readiness (of the project) it will be announced," says Hamid Fazeli, head of Iran's Space Organization

Iran's plans to send a live monkey into space have been postponed indefinitely, the country's top space official said, quoted on Monday by the state television website.

"One cannot give a set date for this project and as soon as our nation's scientists announce the readiness (of the project) it will be announced," said Hamid Fazeli, head of Iran's Space Organization.

Fazeli had said in mid-June that a Kavoshgar-5 rocket would be launched "during the month of Mordad (July 23 to August 23) with a 285-kilogram capsule carrying a monkey to an altitude of 120 kilometres (74 miles)." He gave no reason on Monday for the postponement. 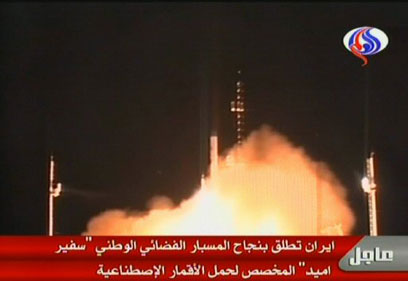 "Our scientists are exerting continuous efforts on this project... our colleagues are busy with empirical studies and sub-system testing of this project so it is a success," he said.

In mid-March, Iran's space organisation announced the launch of the Kavoshgar-4 rocket carrying a test capsule designed to house the monkey.

The capsule had been unveiled in February by President Mahmoud Ahmadinejad, along with four new prototypes of home-built satellites the country hopes to launch before March 2012.

At the time, Fazeli touted the launch of a large animal into space as the first step towards sending a man into space, which Tehran says is scheduled for 2020.

Iran has already sent small animals into space -- a rat, turtles and worms -- aboard a capsule carried by its Kavoshgar-3 rocket in 2010.

The Islamic republic, which first put a satellite into orbit in 2009, has outlined an ambitious space programme amid Western concerns it may be linked to developing a ballistic missile capability that could deliver nuclear warheads.