However, justices say it appears there is no legal claim to petition urging cancellation of 'unique educational and cultural institutions law'; petitioners argue it prevents tens of thousands of haredim from chance to become active, contributing Israeli citizens

A panel of nine Supreme Court Justices headed by President Dorit Beinisch deliberated on Tuesday over a petition against a law that leaves haredi yeshivas independent yet allows them to continue to receive State allocated resources without being subjected to the Education Ministry's programs.

Although Beinisch and the other justices criticized the fact that core studies are not included in the haredi curriculum, they said there appears to be no legal claim to support the repeal of the law.

The petition was filed last May by, among others, Professors Amnon Rubinstein and Uriel Reichman, in addition to Maj.-Gen. (res) Elazar Stern, demanding that the court instruct the Knesset and the Education Ministry to explain why the "unique educational and cultural institutions law" not be cancelled. 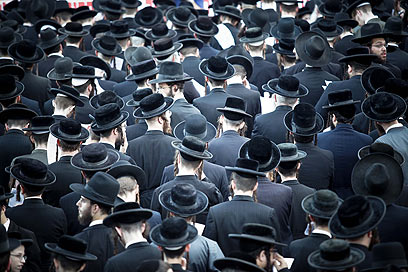 Alternatively, they demanded an explanation as to why it should not be stated that the law does not exempt authorities from enforcing the core studies program in these institutions.

According to Beinisch, "The importance of English and mathematics is clear but the question is what is the legal claim that can nullify the law."

Justice Elyakim Rubinstein added, "The assumption is that many of us would be glad to see the haredi world embrace core studies, but the question is whether we have reached a point where we have to exercise our authority?"

The petitioners argue that the law prevents tens of thousands of students a year from receiving a well-rounded education, in addition to "the fundamental and vital skills necessary to fulfill the full scope of human autonomy, the right to earn a living and the ability to be part of Israeli society as an active, contributing and equal citizen."

At the beginning of the hearing, Knesset legal advisor Attorney Eyal Ynon said, "This is a debate that is worthy of public discourse. The petitioners are not a group that is affected. The court is not the place to fight their battle; they should do it in the public and social arenas. The petition is like a bull in a china shop. Not every law that seems unconstitutional to certain sectors of the public is indeed such."

Justice Asher Gronis told the representative of the petitioners Attorney Raanan Har-Zahav, "There is a big difference between harming equality on the grounds of religion or race to harming equality in a separate school system - something I don’t really see here."

Justice Esther Hayut added, "It is a problem that you (Attorney Har-Zahav) come from a different culture, a different place and a different community and try to tell them what is good for them and what they need."

State Prosecutor Office representative Attorney Dina Zilber argued that although the issue raises difficult questions, the law is balanced and must not be repealed . According to Zilber, "Haredi society places much value on study, in contrast to secular society in recent years."

Beinisch replied to that, saying that "idealizing ( the haredi societal model) is a little far-fetched."

Zilber added, "What will happen if the law is repealed and they become an education system that lacks a supervised budget? It will result in growing estrangement and alienation."

The justices will rule on the matter in the future.