Jerusalem Mayor Nir Barkat on Tuesday stressed the importance of ongoing construction in the city "as the only solution to the housing crisis."

Last week the Jerusalem Planning and Construction Committee approved the construction of 1,100 in the neighborhood of Gilo. The committee dubbed the decision "a nice gift for Rosh Hashana" as it provides affordable housing. However, the move drew widespread criticism mainly from abroad.

At an Interior Ministry conference, Barkat said: "The Gilo construction critics expect that we discriminate Jews and only allow Arabs to build. We receive complaints on construction in existing neighborhoods like the plan for Gilo. But when I talk to US government officials it appears they are not aware that we approve construction both for Arabs and Jews." 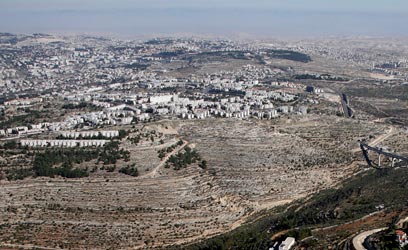 The mayor added: "We build for Arabs in east Jerusalem, including legalization of unregulated housing. In the neighborhood of Arnona, we recently authorized 1,000 apartments for Jews and 1,500 for Arabs. So what do they want? That we freeze construction for everyone? For Arabs too? And leave the natural growth issue unanswered? Or only ban Jewish construction, in violation of Israeli and international law?"

"If we don't authorize construction, Jews won't build and Arabs won't build without permission. We must keep building because that is the only answer to Jerusalem's housing crisis. The solution is developing existing neighborhoods."

Barkat also criticized the government which he claimed was not approving as much Jerusalem construction as it should. "It's a shame the government does not authorize important projects that should have already been launched. It must be motivated by international pressure, but the victims are the Jerusalem residents."