Noam Shalit: No sign of life from Gilad yet

Father of captive soldier says there is no finalized timetable for his son's release. 'Inshallah he is well,' he says

Noam Shalit, father of captive soldier Gilad Shalit, said Sunday that the family has yet to receive a sign of life from Gilad. "We are waiting watchfully and with concern," he said. "The final timetable is not yet finalized."

Responding to statements by Defense Ministry official Amos Gilad suggesting his son is alive and well, he said: "Inshallah."

Meanwhile, swarms of visitors continue to make their way to Mitzpe Hila to support the Shalit family. 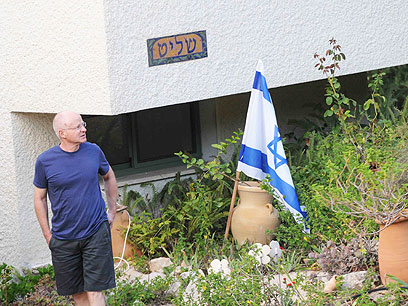 Shalit campaign head Shimshon Libman called on the public to avoid visiting the area on Tuesday saying "Whoever wants to show solidarity please raise a flag at home instead."

He said that Miztpe Hila will be closed to visitors on Tuesday. Police have set barriers and deployed officers around the Shalit residence. TV crews are setting themselves up in the area.

Meanwhile, Palestinian prisoners set to be released as part of the first stage of the Shalit deal are being assembled in two prisons ahead of their release. Some 477 prisoners in 16 Israeli jails will be transferred throughout the day to the Ketziot Prison in south Israel and the Hasharon Prison in central Israel.

On Tuesday they will be released to Egypt, Gaza and the West Bank in exchange for captive soldier Gilad Shalit.

Ahiva Raved contributed to this report