Parents Noam and Aviva, brother Yoel reach air force base by helicopter; escorted by police, granfather Zvi travels by car, says upon arrival: the family is being blessed by Gilad's return

The Shalit family is eagerly anticipating the moment their wish to see Gilad back home comes true after more than five years. Gilad's parents Aviva and Noam and his brother Yoel arrived at the IAF Tel Nof base in central Israel, where they will be reunited with Gilad. The family left Mitzpe Hila on board an Air Force helicopter.

Gilad's grandfather, Zvi Shalit, also made his way to the base from Kityat Ata while escorted by police cars. Upon his arrival, he said the family is being blessed by Gilad's return, adding that this is a great day for the State of Israel. He stressed that the family wasn't celebrating the release of the murderers.

Head of the Shalit campaign Shimshon Libman welcomed the implementation of the deal with Hamas Tuesday. "The struggle is over. We are very excited though the family is very restrained," Libman told Ynet. He also addressed preparations for Gilad's return "Gilad just needs to be with his family."

Gilad Shalit is expected to be transferred to Rafah crossing at around 6 am, where he will be handed over to the Egyptian mediators, who will transfer him to Sinai. Once in Sinai, Shalit will be placed in the IDF's custody. 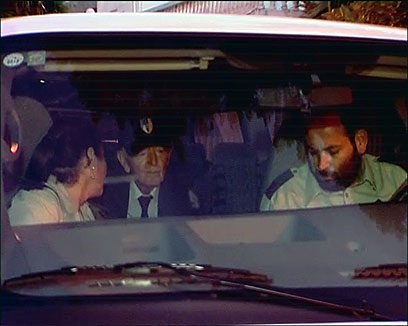