The IDF Operations Directorate officer suspected of heading a major drug ring that sold narcotics smuggled into Israel was indicted on Thursday at the Kastina Military Court.

According to the indictment, the officer, who holds a rank of major, was supposed to have pocketed NIS 2 million but de facto only earned NIS 330,000, a part of which was found in his home while the rest, it was claimed, was laundered at the bank.

The charges against the officer include money laundering, fraud, breach of trust and exceeding authority to the point of compromising state security. 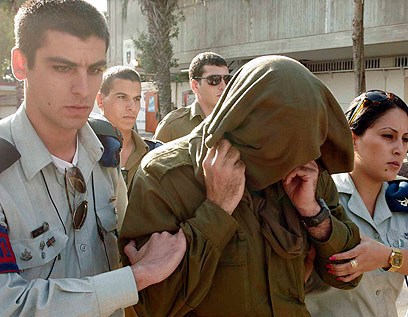 The indictment states that the officer, who was considered a senior official in the Gaza Division's Southern Command's hierarchy, was the leader of a drug ring that was dealing in narcotics smuggled over the Egyptian-Israeli border.

He is suspected of selling 125 kg of heroin and 150 kg of hashish, which have been caught during anti-smuggling operations along the border. Two other civilians who were the alleged buyers were also charged in the affair. According to the indictment, the officer gave one of them, who was a former subordinate of his, a uniform and officer's ranks so he could enter restricted areas, where the transactions were allegedly carried out. The military prosecution is asking the court to extend the officer's remand until the end of legal proceedings against him.

Prosecutor Lt.-Col. Asher Halperin said, "The transactions were carried out between July and until recently. They were very large in scope. The felonies are especially severe because of the officer's senior position in the division as he was in charge of the operational plans of the division and was responsible for the entire sector once every three weeks."