The United Nations' atomic agency plans to reveal intelligence next week suggesting Iran made computer models of a nuclear warhead and other previously undisclosed details on alleged secret work by Tehran on nuclear arms, diplomats told The Associated Press on Friday.

Other new confidential information the International Atomic Energy Agency plans to share with its 35 board members will include satellite imagery of what the IAEA believes is a large steel container used for nuclear arms-related high explosives tests, the diplomats said.

The agency has previously listed activities it says indicate possible secret nuclear weapons work by Iran, which has been under IAEA perusal for nearly a decade over suspicions that it might be interested in develop such arms.

But the newest compilation of suspected weapons-related work is significant in substance and scope. The diplomats say they will reveal suspicions that have not been previously made public and greatly expand on alleged weapons-related experiments that have been published in previous reports on Iran's nuclear activities. 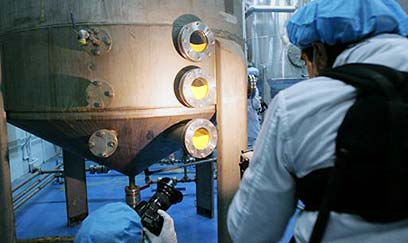 It also comes as the drumbeat of reports about possible military action against Iran's nuclear facilities intensifies.

British media have separately cited unnamed British officials as saying London was prepared to offer military support to any US strike on Iran's nuclear facilities.

In Vienna, the diplomats - from IAEA member nations - asked for anonymity because their information was privileged. One of them said the material drawn up by IAEA chief Yukiya Amano will be in an annex running around 12 pages and attached to the latest of a regular series of agency reports on Iran's nuclear enrichment program and other activities that could be used to arm nuclear missiles.

Previously undisclosed information contained in the annex, said the diplomats, will include: Intelligence from unnamed member states that a bus-sized steel container, located at the Iranian military base of Parchin is likely being used for nuclear-related high explosives testing of the kind needed to release an atomic blast. The agency has satellite imagery of the container.

It is also said to include expanded evidence that Iranian engineers worked on computer models of nuclear payloads for missiles.

Significantly, said the diplomats, these alleged experiments took place after 2003 - the year that Iran stopped a fully developed attempt to make nuclear weapons, according to a 2007 US intelligence assessment. But diplomats have told the AP that Tehran continued arms-related experiments in a less concentrated way after that date, a view reflected by recent IAEA reports that have detailed suspicions that such work may be continuing up to the present.

The annex will also say that more than 10 nations have supplied intelligence suggesting Iran is secretly developing components of a nuclear arms program - among them an implosion-type warhead that it wants to mount on a ballistic missile.

The upcoming report is meant to ratchet up pressure on the Islamic Republic to stop four years of stonewalling of IAEA experts seeking to follow up intelligence of such secret weapons-related experiments.

Iran denies such activities, asserting that they are based on intelligence fabricated by Washington. It also denies that its uranium enrichment program - under UN Security Council sanctions because it could manufacture fissile warhead material - is meant for anything else but making nuclear fuel.

Sarkozy was speaking at a G20 summit of world leaders days before the scheduled release of a United Nations report expected to offer intelligence pointing to possible military dimensions of Iran's nuclear program. 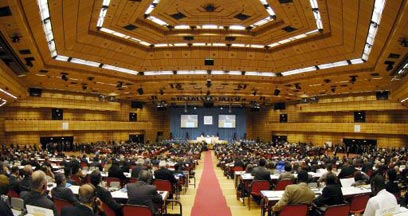 The report, however, is expected to stop short of declaring that Iran is attempting to develop nuclear weapons.

"Iran's behavior and this obssessional desire to acquire nuclear military (capability) is in violation of all international rules, and France condemns firmly the lack of respect for these rules," he said in the French Riviera resort of Cannes.

Western powers, including Israel, suspect Tehran of developing nuclear weapons - something Iran denies - and have imposed sanctions in an attempt to curb its program.

The United States and Israel have repeatedly hinted at possible use of force against Iranian nuclear sites, drawing threats of fierce retaliation from the Islamic Republic.

Earlier on Friday, former Mossad Chief Ephraim Halevy warned against an Israeli strike on Iran, saying that the results of a confrontation could be devastating for the Mideast.