An influential Iran parliamentarian has said that the country has arrested 12 agents of the American Central Intelligence Agency, the country's official IRNA news agency reported Thursday.

Parviz Sorouri, who sits on the powerful committee of foreign policy and national security, that the alleged agents had been operating in coordination with Israel's Mossad and other regional agencies, and targeted the country's military and its nuclear program.

"The US and Zionist regime's espionage apparatuses were trying to damage Iran both from inside and outside with a heavy blow, using regional intelligence services," Sorouri was quoted as having said on Wednesday. 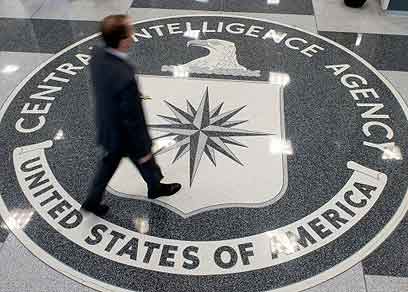 The lawmaker did not specify the nationality of the alleged agents, nor when or where they had been arrested.

Iran periodically announces the capture or execution of alleged US or Israeli spies, and often no further information is released.

This current announcement follows the unraveling by Lebanon's Hezbollah of a CIA spy ring in that country. Hezbollah reportedly works closely with Iran.

Hezbollah's longtime leader, Sheik Hassan Nasrallah, boasted in June on television he had unmasked at least two CIA spies who had infiltrated the ranks of the organization. Though the US Embassy in Lebanon officially denied the accusation, American officials conceded that Nasrallah wasn't lying and that Hezbollah had subsequently methodically picked off CIA informants.

The United States and its allies suspect Iran is pursuing a nuclear weapon program, a charge Iran denies.