The medical war on Israel

Special: World's medical NGOs anything but neutral when it comes to Israeli-Palestinian conflict

Israel was excluded from the International Red Cross for half a century because of the Star of David. Questioned for having denied entry to the Jewish state, Cornelio Sommaruga, then-head of the International Committee of the Red Cross, declared: “If we’re going to have the Star of David, why would we not have to accept the Swastika?” The historical injustice has been rectified only in 2006. Since then, the world medical organizations have been anything but neutral when it comes to the Israeli-Palestinian conflict. Over the past several months, three top officials from the Hamas terror group have set up shop at the International Red Cross office in east Jerusalem, in violation of the organization’s alleged mandate of “political neutrality.” Secret documents leaked by WikiLeaks also said that Iran used Red Cross ambulances to smuggle weapons into Lebanon during Hezbollah’s 2006 war with Israel. 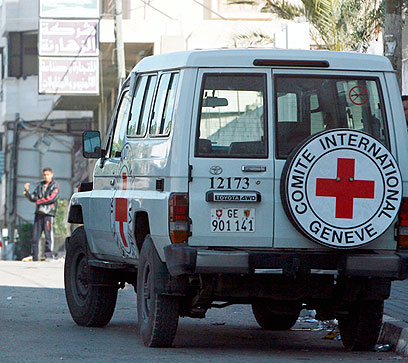 No friend of Israel? Red Cross (Photo: EPA)
Recently, a new report by the Physicians for Human Rights, a group largely funded by the European Union, accused Israeli medics of abusing prisoners, calling the Jewish doctors “torturers.” Médecins Sans Frontières, which won a Nobel Prize in 1999, just released a report charging Israeli authorities are “depriving Gazans of critical medicare.” The UN’s World Health Organization in its latest report accused Israel of “lack of respect and protection for Palestinian ambulances” and asked to “put an end to the closure of the occupied Palestinian territory” and to the Gaza blockade. The UN agency also urged Israel “to abide by the Fourth Geneva Convention” and called on "all international human rights organizations to intervene on an urgent and immediate basis vis-à-vis the occupying power: Israel.” A case in point is how the Red Cross allocates personnel and budgets worldwide. For North Africa, the Red Cross has one office in Tunis. For “Israel/Occupied Territories/Autonomous Territories,” the Red Cross has offices in Jenin, Tulkarm, Nablus, Kalkilya, Ramallah, Jericho, Bethlehem, Hebron, Gaza, Khan Yunis, Majdel Shams, Jerusalem, and Tel Aviv. Western newspapers, imbued with the ideological reports of medical NGOs, establish a comparison between the Palestinians and South Africa's blacks, who were critically injured and left to bleed to death if there was no “black” ambulance to rush them to a “black” hospital. Jewish altruism never finds its legitimate space in the global media because it doesn’t fit in with the stereotype propagated by the medical NGOs. This month, no Western journal reported on the story of Adi Weissbuch, a senior physician in the high-risk pregnancy unit of Kaplan Medical Center in Rehovot, who assisted an Iranian doctor with a pregnant woman suffering a rare defect. Similarly, nobody knows that Israel saved the life of the three-year-old daughter of Hamas Interior Minister, Elham Fathi Hammad, after she was the victim of a unsuccessful heart operation in Amman.

It would be enough to stroll through the corridors of Israeli hospitals to understand how false the “apartheid” charge by medical NGOs is. Large Arab families stand with Israelis in the corridors of the maternity wards where one is born and in the oncology clinics where one dies. Through the private program “Save the heart of a child,” the Wolfson Medical Center in Holon cures congenital cardiologic defects in Arab children from all over the world. About half the children it treats are from the nearby Palestinian areas and there have also been some from Iraq and Iran, both technically at war with Israel.

The organization's lead surgeon, Lior Sasson, said Palestinian parents sometimes seem “terrified” when they first arrive at the hospital. “Sometimes they (the parents) were brought up (to think) that the Jews are monstrous and they want to kill kids”, said Sasson. 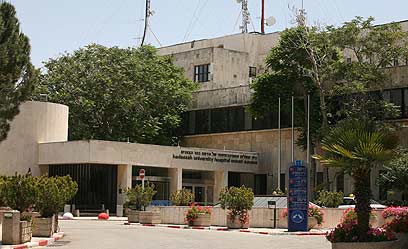 Today Magen David Adom vehicles do not enter the Arab neighborhoods of east Jerusalem without police authorization and military escort. It’s not because of the “apartheid,” but rather, because terrorists tried to hit the doctors. During the Intifada, MDA had to replace the windows of its ambulances in the Jerusalem region with glass that does not shatter if hit by rocks.

The Red Cross, the World Health Organization and medical NGOs never raised their voice when Palestinian bombs hit Israeli hospitals where Jewish doctors were saving the lives of Palestinians, such as the Barzilai Medical Center in Ashkelon, where the wounded were taken during the war in Gaza. Israeli doctors didn’t ask for identification cards; they operated on everyone. If a Qassam were to hit the hospital, the “triumph” would be celebrated in Gaza without consideration for the Arabs being treated there. Barzilai coordinated the transfer of patients with Gaza's health services; this dialogue has never been interrupted, even when 100 rockets a day were falling on Sderot and Ashkelon. One of the Palestinian terrorists just exchanged for Gilad Shalit, Wafa al-Biss, was arrested before she used a permit for medical treatment in Israel to gain entry and blow up the hospital. The political activism of such medical organizations severely damaged Israel’s reputation in the world. During the 2006 war in Lebanon, Red Cross employees in Tyre and Qana had fabricated an attack on an ambulance. A simple analysis of the photographs proved that the images used were those of an old ambulance damaged by rust and not by Israeli missiles and that a hole in the roof, actually in the middle of the cross (delicious symbolism,) was made by an artisan and not by an Israeli F16. And yet the Associated Press, Time, BBC, New York Times, Guardian and others had used this, together with Amnesty International and Human Rights Watch, to accuse the Israeli army.

Today medical organizations such as the International Red Cross (which was shamelessly “neutral” and silent when it came to Nazi extermination camps during World War II) are anything but neutral when it comes to the Israeli-Palestinian conflict. Indeed, it’s much more fashionable to wear a white coat and accuse the Jewish state of "crimes against humanity.”