President Barack Obama is working to court Jewish voters leading into the 2012 election, as Republicans seek to chip away at the president's support in the Jewish community by attacking him over Israel.

Mitt Romney, Newt Gingrich and other Republican hopefuls say Obama has not done enough for Israel and has not been tough enough on the Palestinians.

"Obviously, no ally is more important than the state of Israel,” the president said to campaign donors

last week. Hoever, the constant criticism from Republicans has raised questions in the Jewish community that Obama supporters are increasingly working to rebut. 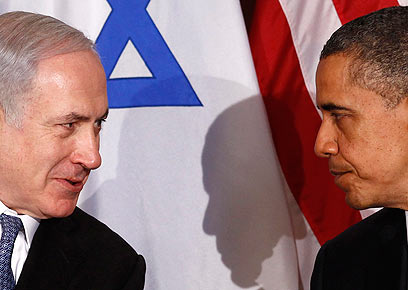 Obama and Netanyahu (Photo: Reuters)
Back in September, ahead of his United Nations General Assembly speech, Obama sought to ensure that prospective Jewish voters pay close attention to his pro-Israel address. Three of Obama's aides held a conference call with the president's Jewish supporters and community leaders to that end, Yedioth Ahronoth reported at the time.

The advisers, all Jewish themselves, asked the supporters to "spread the word" that Obama will give a pro-Israel speech which reflects his own genuine positions and implored them to pay close attention to the president's UN address. 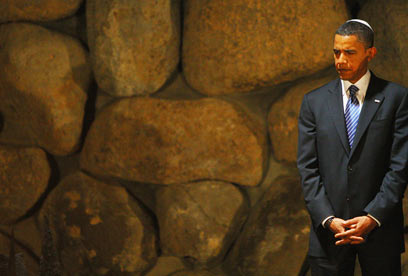 Obama courts Jewish vote (Photo: Getty Images)
Later, Obama held a conference call with over 900 orthodox, conservative and reform rabbis from throughout the US. During the 30 minute call, Obama assured the rabbis that the US-Israel alliance was stronger than ever before. "Prime Minister Netanyahu knows he can count on the United States," Obama told the rabbis. "We will not abandon the pursuit of a just and lasting peace that will end the conflict."

He then noted that "the bonds between the US and Israel are unbreakable and the commitment of the security of Israel is ironclad. Since coming into office, I haven't just talked the talk, we've walked the walk."

Orly Azoulay and Yitzhak Benhorin contributed to the report