Satellite images show buildings have been razed and bulldozers were at work at an underground structure near a site where Iran processes uranium, a US-based think tank said on Friday, without offering an explanation.

The Institute for Science and International Security said it had studied satellite photographs of a nuclear site near the Iranian city of Isfahan, after reports two weeks ago that an explosion could be heard in the city.

It found no evidence of damage from an explosion at the nuclear site, but signs of construction work at a site 400 meters away that showed a "significant transformation".

Western countries pay close attention to Iran's uranium processing because they believe it could be used to produce material for an atomic bomb. 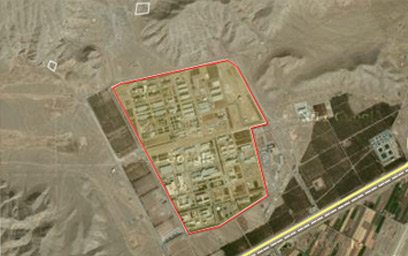 The Isfahan site produces uranium gas which can be fed into centrifuges elsewhere to produce the purified uranium needed to run a power plant or make a bomb. Iran says its nuclear program is peaceful.

Attention has been focused on the Isfahan site since November 28, when Iranian media reported an explosion could be heard in the nearby city.

In conflicting reports, the head of the provincial judiciary was quoted as saying a blast could be heard, but the deputy governor denied there had been a big explosion.

'No visible evidence of explosion'

ISIS said it had acquired satellite imagery of the Isfahan nuclear site taken in early December.

"There does not appear to be any visible evidence of an explosion, such as building damage or debris, on the grounds of the known nuclear facilities or at the tunnel facility directly north of the Uranium Conversion Facility," it said. It said, however, it had identified a facility about 400 meters from the perimeter of the nuclear site that "underwent a significant transformation recently."

An August 27 satellite image showed that it consisted of a ramp leading underground with several buildings along the surface. But in a December 5 image the buildings were gone, heavy equipment could be seen around the site and there was evidence of bulldozing activity, ISIS said.

"It is unclear how and why the buildings are no longer present at the site," it added.

ISIS said the underground facility was originally a salt mine dating back to at least the 1980s. It was lately used for storage, although it was unclear what was kept there, ISIS said.

The November 28 report of the sound of a blast in Isfahan came less than three weeks after a massive explosion at a military base near Tehran that killed more than a dozen members of the Revolutionary Guard including the head of its missile forces.

Iran said that explosion, which could be heard as far away as the capital, was caused by an accident while weapons were being moved.