Jerusalem calls off $141 milliion deal with Ankara over fears that Turkey could hand over cutting-edge equipment to hostile parties, officials say

Officials in Jerusalem have decided to cancel a $141 million defense deal with Turkey, saying they were concerned that Ankara could hand over cutting-edge intelligence equipment to third parties hostile to Israel.

The equipment in question is an aerial intelligence system based on electro-optic sensors and meant for Turkish aircraft. The advanced system has already been installed on Israeli jets.

A defense official stressed that the relationship with Turkey is very important to Israel, but added that "at the same time we have security responsibility for every product that receives an export license."

"Decisions on this matter have to do with the specific system, rather than with the overall relationship," the official said. 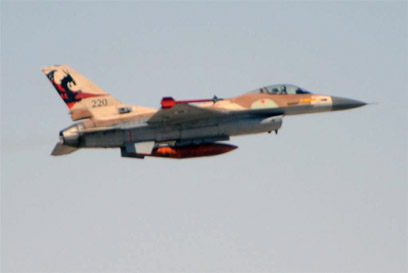 The Defense Ministry also responded to the report, issuing the following statement: "As a rule, the Ministry of Defense does not detail all the considerations and information at the basis of its decision-making in setting defense exports' policy…decisions are undertaken on a professional basis, in line with security and diplomatic considerations."

The nixed deal was signed between Jerusalem and Ankara in 2008, with negotiations dating back to 2000.

Earlier, officials in the Defense Ministry and in Elbit Systems, the manufacturer of the system, confirmed the deal was called off. They spoke on condition of anonymity because of the diplomatic sensitivity of the matter. There was no immediate comment from Ankara.