Tanzania's honorary consul in Israel filed an official complaint Sunday over what he referred to as disparaging remarks made by Ehud Barak last week.

Addressing the Foreign Ministry's response to harsh criticism leveled by European Union members of the UN Security Council over Israel's settlement construction in the West Bank, the Israeli defense minister said "Germany, France and Britain are not Tanzania, Mauritania or Tripolitania. These are very important countries in the world and we have no interest in increasing the tensions with them." 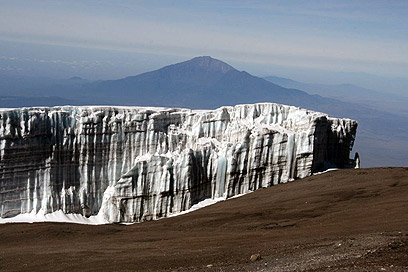 In an official letter to Foreign Minister Avigdor Lieberman, the consul, Kasbian Nuriel Chirich, said "on behalf of the Republic of Tanzania I wish to express regret over the comments made by Defense Minister Ehud Barak, who, in an attempt to (emphasize) the importance of key European countries, chose to belittle Tanzania and even compare it to a country that does not exist."

Chirich stressed that Tanzania was the largest country in east Africa with a population of 46 million. He said Israel and Tanzania maintain extensive financial, diplomatic and security relations which go back to the early 1960s, when the African nation gained its independence. "I would be glad if an official Israeli representative accompany on my next visit to Tanzania in January so that he will be able to experience the wonders of this vast country and its peace-seeking people," the honorary consul said.