US administration not backing off
Photo: AP

US not backing off as Iran sanctions bite

Top Administration official believes Iran is taking notice of growing sanctions, bite has been swift on the oil trade

The Obama administration's man in charge of squeezing Tehran over its nuclear program is unapologetic for the difficulties faced by banks in their dealings with Iran since the US tightened sanctions against the country.

Companies that trade with Iran are struggling to get paid and the biggest Asian countries are scrambling to work around US sanctions that aim to deprive Tehran of revenue needed to develop its nuclear program.

"I don't feel apologetic about it because that is the consequence of these banks in Iran willingly facilitating transactions for Iran's nuclear programs," said David Cohen, undersecretary for terrorism and financial intelligence at the US Treasury Department. 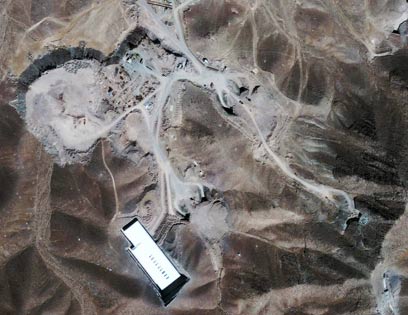 "If they are going to do that, they shouldn't be accessible to the international financial system. They shouldn't be financial institutions that any reputable bank wants to deal with," Cohen said in an interview.

The pressure has forced Iran to listen to US demands, he said. "Do we think we have the attention of the leadership on their end? We have it like never before," he added.

Cohen's comments were a strong display of administration confidence in the measures against Iran, even as their effects have rippled through the marketplace faster than many had expected.

J.P. Morgan warned on Thursday of an acceleration of Iranian oil cutbacks, predicting Iranian supplies could be slashed by one million barrels a day in the first of the year. Since January, the price of oil has shot up nearly 15 percent.

The White House has not yet stated its position on proposed new bipartisan Iran sanctions legislation in the United States that would target Iran's main oil and tanker companies, as well as tighten up other loopholes.

Mindful of the potential to cause more uncertainty over supply and push world oil prices higher, some senators are seeking amendments to the new sanctions package to assure insurers of allowed oil shipments that they will not be stung by sanctions.

But Senate Majority Leader Harry Reid so far has said he does not want to allow the package to be amended.

Not a hermetic seal

US entities have been prohibited from working with Iran for years. But what Washington and its allies see as signs that Iran is closer to getting atomic weapons and unleashing a nuclear arms race in the Middle East have triggered Washington to increase the heat on the country. Tehran says its nuclear activities are peaceful.

Over the past three months, Cohen and other top Obama administration officials convinced Europe to impose similar sanctions on Iran's main recipient of oil payments, the Central Bank of Iran. The administration, as well, has been twisting arms trying to get Iran's biggest oil buyers, China, India, Japan and South Korea, to stop relying on Iranian crude.

The current US sanctions allow President Barack Obama to block foreign financial firms from US markets if they continue to deal with Iran's central bank starting June 28. However, if countries manage to reduce their Iranian oil imports, they can win exemptions from the US law so that their banks are not barred from the US financial system.

Despite the looming sanction deadlines, countries and companies have managed to do some business with Iran - a provision that the Obama administration defends.

"I don't think the measure of an effective sanctions program is that it creates a hermetic seal through which nothing permeates," said Cohen. "The fact that they are still selling some oil, I would not chalk that up to a failure of the sanctions program," he said.

Cohen said the question should be whether Iran was able to make use of the revenue that it earns from its oil sales rather than whether it was profiting from crude exports.

"It is increasingly difficult for Iran to make use of, or to get access to the funds that it is earning from its oil sales," he said.

Currently the exemptions, which the State Department granted late last month to Japan and 10 countries in the European Union, apply only to banks.

Fearing an oil crisis, where supply disruptions spark prices sharply higher, some of the most ardent supporters of Iran sanctions, who include a number of Republicans and some Democrats, are urging the administration to give energy companies similar relief.

A bipartisan bill introduced last month in the House of Representatives would extend those exemptions to oil traders, insurers and re-insurers and others in the energy business. The legislation would encourage companies not to shy away from deals that are allowed under US law.